He also said the president would not investigate how aspirants got the whopping sums of money they spent on buying the ruling All Progressives Congress (APC) forms. 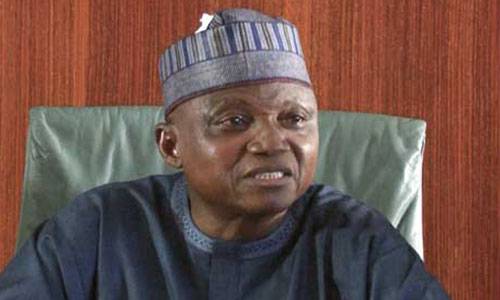 The Senior Special Assistant to President Muhammadu Buhari on Media and Publicity, Garba Shehu, has said the President’s directive that ministers, heads of agencies and other appointees seeking elective offices should resign their appointments, is not in line with the section 84 of the Electoral Act.

He also said the president would not investigate how aspirants got the whopping sums of money they spent on buying the ruling All Progressives Congress (APC) forms.

Garba, while featuring on a Channels TV programme on Thursday, monitored by SaharaReporters, however, said the directive of the President must be obeyed.

He noted that the President would hold a farewell meeting with the departing ministers on Friday at 10 am.

“He made no reference to section 84, he simply gave the directive and I think it’s clear that as the head of the executive arm of government, he owns the executive authority and power to decide,” Shehu said.

“The President is planning a farewell meeting tomorrow to say thank you to them (ministers) for sacrificing so much to serve the nation.”

He also said the ministers seeking to have a consultation with President Buhari before resigning will be able to do so on Friday, but that the directive still stands.

Speaking on the presidential ambition of the governor of the Central Bank, Godwin Emefiele, Shehu said the directive is clear and that it is left to Emefiele to determine what is applicable to him.

“Does he consider himself the head of an agency or parastatal or consider himself a member of the ministerial department, I expect that he and his loyalists will determine what is applicable for them,” he said.

Shehu also said the cost of the presidential nomination and expression of interest forms of the ruling APC, which is N100 million, should be applauded as the party needs the money. Shehu said the amount is not too much.

He also said the president is not in the position to investigate how aspirants got the whopping amount of money to pay for the forms.

“The party made a case for this and the national chairman was applauded because this is a party that doesn’t take money from the treasury.

“This kind of scrutiny is up to the civil societies and the media to ask questions but saying the President should launch an investigation, I don’t think that is the direct way to go,” he said.