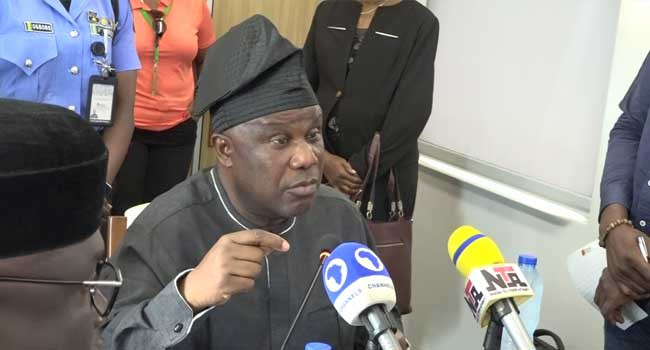 The Chinese government has been appealed to come and help Nigeria rescue 100  passengers of the Abuja-Kaduna rail Corridor kidnapped after a terrorist attack on March 28.
Chairman Senate Committee on Land Transport, Senator Abdufatai Buhari made the call while addressing the Deputy Managing Director of the China Civil Engineering Construction Corporation, Xia Lijun, during oversight of the Moniya Railway station in Ibadan, Senator Buhari accused the Chinese government of being silent. According to him, if Chinese citizens were involved in the attack, the Chinese government would have taken some measures to rescue them.
“In as much as Nigerians are pleased with the train, it has become a source of sadness today. Today is exactly 47 days that our brothers and sisters are in captivity.
Yesterday, the members of the families (of the victims) met with Kaduna State Governor, Nasir El-Rufai. The accusation was even against us in the National Assembly and against your government. What efforts are you guys making as a country to assist Nigeria in rescuing these people?
If it is ransom if it is a force, what are you supposed to do? Nigerians are not taking it lightly with us and don’t want to take the train again.
I am appealing to you to help the Federal Government. It causes you nothing (as) you people are going to Russia to help Russia against Ukraine,” he said while addressing the Chinese contractor.
Instead of going to Russia, bring some of the equipment here. Come and give us the survey. The technology with you guys has gone higher.” he said
Top Stories