President Muhammadu Buhari had on Thursday, pleaded with the unions to go back to work when he spoke at the National Productivity Day Celebration held at the Presidential Villa, Abuja. 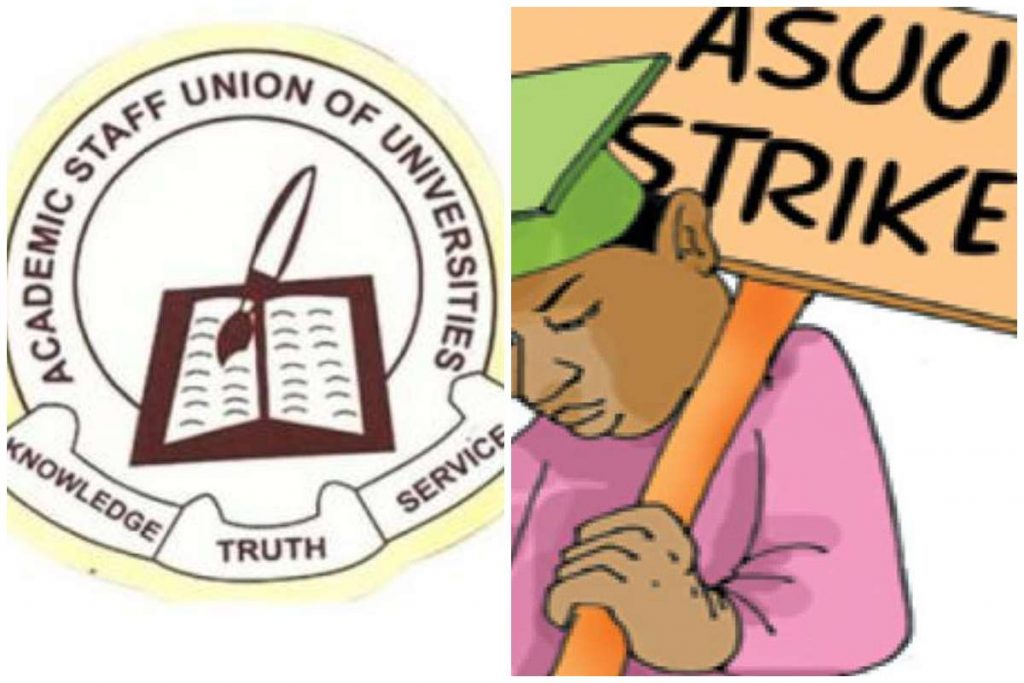 According to Sun News, the Academic Staff Union of Universities (ASUU) and other industry based unions have turned down the appeal by the federal government to resume duties while negotiations are ongoing to meet up with their demands.

President Muhammadu Buhari had on Thursday, pleaded with the unions to go back to work when he spoke at the National Productivity Day Celebration held at the Presidential Villa, Abuja.

But, at the President’s Chief of Staff Prof. Ibrahim Gambari’s led meeting between the federal government team, ASUU and other registered Trade Unions in Nigerian universities, as well as identified interest groups and Civil societies, still at the State House on Thursday, ASUU had insisted it would not bulge until its demands were met.

ASUU president, Prof. Emmanuel Osodeke said that there was nothing on ground from the government side to warrant that.

“There is nothing on ground for us to consider. We are not stopping the strike until something concrete is done,”

According to Osodeke, before the current strike, the union had given enough period of grace to enable the government and its agencies to meet with them and to address their demands but to no avail.

He said that the government had withheld the salaries of the Lecturers as a strategy to force them resume work.

Earlier, while addressing the leadership of the unions and stakeholders at the opening of the talks, Gambari appealed to the striking university workers to sheathe their sword and agree to return to work while discussions over their demands go on.

According to him, allowing the strike to prolong further will not be in the interest of anyone, adding that President Muhammadu Buhari had mandated the team to try and end the strike.

Also Speaking, Minister of Labour and Employment, Chris Ngige disclosed that some agreements had been reached between the parties with hopes that the strike would be called off by next week.

According to Ngige, “We have reached some agreements and we hope that by next week, those agreements will be maturing and the different unions will have something to tell their members, so that they can call off the strike. We have put some timelines for some aspects like renegotiation of 2009 agreement in terms of condition of service and wage review.

So, we are hopeful that by next weekend, the unions will see a conclusion of that area.”

On their part, the two Co-chair of the Nigeria Interreligious Council (NIREC), Sultan of Sokoto, Sa’ad Abubakar II and president of the Christian Association of Nigeria (CAN) Rev Samson Ayokunle urged ASUU and the non-teaching staff unions to accept the president’s plea and suspend their strike while efforts are made to address the issues in dispute