Recall that Deborah was burnt to death on Thursday, May 12, 2022, by some Muslims extremists. 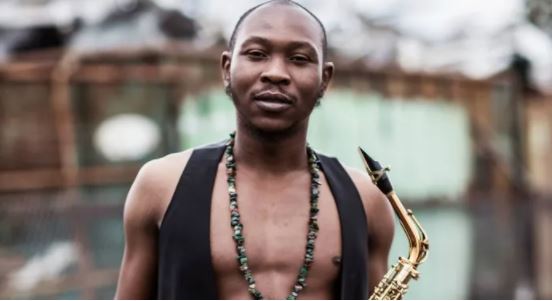 Afrobeat musician Seun Kuti has lashed out at killers of Deborah Samuel, the late student of Shehu Shagari College of Education student, Sokoto.
Recall that we reported how Deborah was burnt to death on Thursday, May 12, 2022, by some Muslims over her alleged blasphemy against Prophet Mohammed.
Reacting to the news, Seun Kuti stated that Islam is not a peaceful religion to unbelievers.
“But when Boko Haram and Bandits are killing your mothers and sisters, you aren’t there to fight them and protect your family but Deborah is how you show Allah your strength.”
“This kind of ritual killing isn’t called blood sacrifice, why? You all claim to hate African religion because of human sacrifice but how many people have been sacrificed for Islam this year alone in this country? Una never ready!! #getthesax,” Seun Kuti said.