There was a folded piece of paper on the doll's lap with a chilling message. 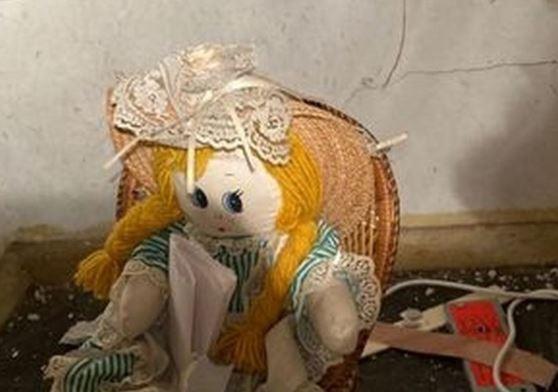 A 32-year-old teacher has been left in shock after he found a doll with a chilling note hidden in a wall, urging him to leave his new house.

Jonathan Lewis had been carrying out some repairs in his new house when he knocked through a wall to investigate a loose wire.

He found a rag doll inside the wall. The doll was sitting in a small wooden chair and had eerie yellow wool plaits. There was a folded piece of paper on the doll's lap with a chilling message.

The note reads: "Dear reader, thank you for freeing me! My name is Emily.

"My original owners lived in this house in 1961. I didn’t like them, so they had to go.

"All they did was sing and be merry. It was sickening. Stabbing was my choice of death for them so I hope you have knives. Hope you sleep well." 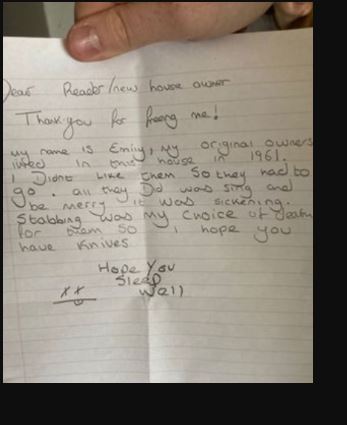 Jonathan had only just moved into the house in Walton, Liverpool, but his friends have already told him to get out as soon as he can.

He told the Liverpool Echo: "I kind of knew there was this void underneath the stairs that had been plaster-boarded up.

"There was a wire coming out where the previous owners had the fridge but I didn't know where the wire was plugged in so I knocked through a bit of the plasterboard to see what was there.

"I knocked through a hole about the size of a fist, shone a light in and there was a doll just sitting there." 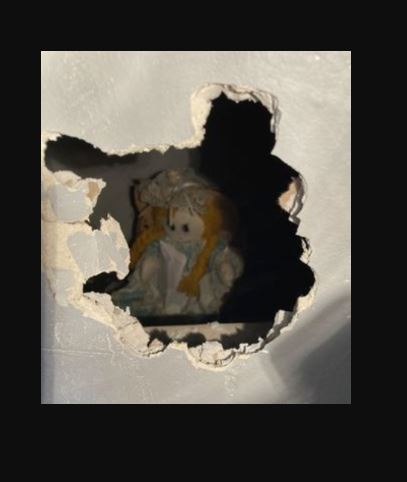 Despite advice from his friends, the teacher insists he’ll be going nowhere.