Tilde said Deborah’s murder was provoked and that Christians and others dismissing blasphemy were in need of psychiatric evaluation. 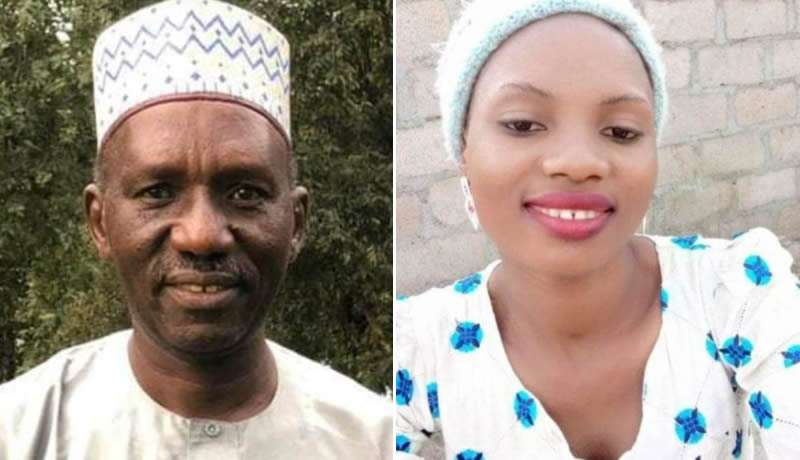 Bauchi State Commissioner for Education, Dr Aliyu Tilde has reacted to backlash that followed his response to the killing of Deborah Samuel.
Tilde had said the statement that led to the gruesome murder of Deborah Samuel, a female student of the Shehu Shagari College of Education, Sokoto State, by her colleagues over alleged blasphemy was provoking.
Tilde said Deborah’s murder was provoked and that Christians and others dismissing blasphemy were in need of psychiatric evaluation.
Posting what Deborah reportedly said on his Facebook wall, the commissioner had written, “Ba wai an yi group din nan don ture-turen abubuwan banza ba ne fa. An yi don past Q, in akwai test, in an ba da assignment, a tura. Ba wai abubuwan banzan ga za ku tuttura mana ba. Manzon Allah din me? (This group is not for the faint of heart. Done for past Q, if there is a test, if an assignment is given, push. It’s not what you don’t care about us. What is the Messenger of Allah?),” the commissioner then added, “If you’re not provoked by this, visit a psychiatrist, please. We must teach our children to respect others.”
Defending his position on his Twitter account, the commissioner said he has no regret over the initial post.
“NO REGRET: True believers of Jesus, including me, do not lie. I have watched and read many Christians condemn what Deborah said.
“The provocation is as bad as the killing. Both must be condemned. If that hurts anyone, please let him hug the nearest transformer,” he said.
This publication recalls that in March 2021, some angry youths backed by leaders in Sade community in the Darazo Local Government Area of Bauchi State burnt a man identified as Talle Mai Ruwa, to death for allegedly insulting Prophet Muhammad.
Mai Ruwa was dragged away from his house in the presence of his mother and burnt to death in the middle of the community. 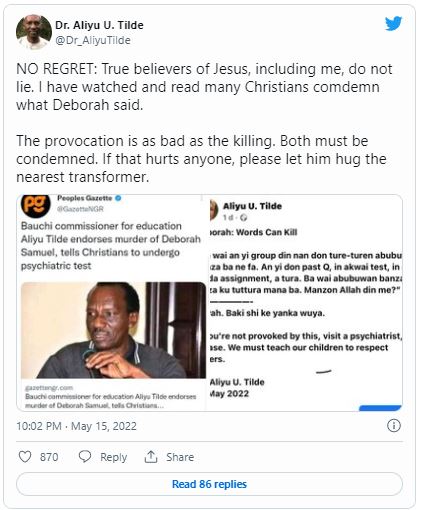