In videos trending online, operatives of the Army were captured firing shots to disperse the peaceful protesters. 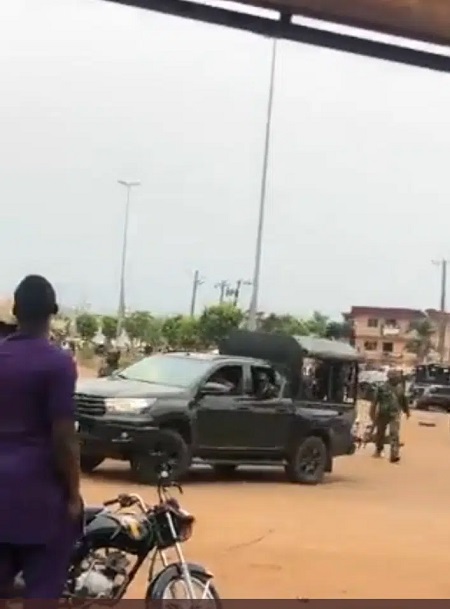 Nigerian soldiers have been called out on Twitter over their conduct while dispersing students protesting against strike by the Academic Staff Union of Universities in Ondo state.
The operatives were seen chasing students and shooting sporadically in the air.
The students accused the soldiers of disrupting a peaceful protest on Tuesday.
In videos trending online, operatives of the Army were captured firing shots to disperse the peaceful protesters.
Watch videos below:

I have just been informed that the Nigerian Army soldiers have attacked the Students that are peacefully protesting the prolonged ASUU strike in Akure, This is unacceptable! #EndASUUStrikeNow pic.twitter.com/qQFtdMicSh