According to ACP Special Cell, Attar Singh, police seized 4 kgs of heroin from the possession of Rakesh and 2.2 kg of drugs from Nwachukwu. 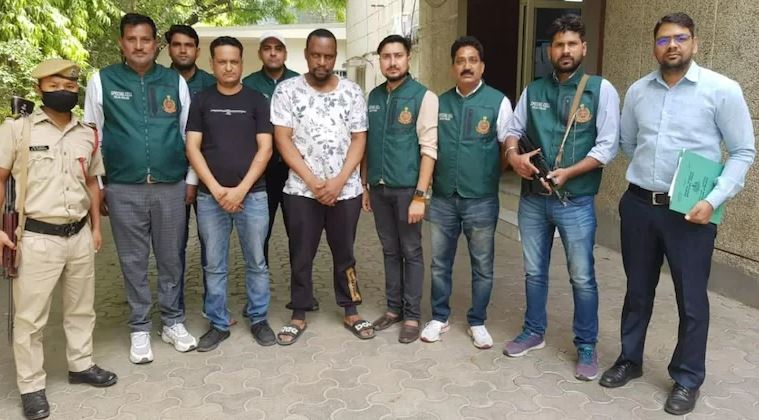 Two suspected key members of a notorious drug cartel including a Nigerian national have been arrested by The Special Cell of Delhi Police who also recovered 6.2 kgs of heroin worth Rs 40 crores from them.

The accused have been identified as Obumneme Nwachukwu, currently residing at Mahendra Park in Delhi and Rakesh Kumar, a resident of Delhi.

According to ACP Special Cell, Attar Singh, police seized 4 kgs of heroin from the possession of Rakesh and 2.2 kg of drugs from Nwachukwu.

Police also recovered other incriminating materials used in the processing and packing of heroin, mobile phones used for supplying drugs from the rented house of a Nigerian national.

"We received information that an international narcotic drugs syndicate was being run by Delhi-based Nigerians in association with other members of the syndicate in the area of west Delhi. The members of this syndicate used to supply the consignments of drugs in Delhi, Haryana, Punjab." told India Today on May 17.

He further added, "During technical surveillance, we tracked the movement of the members of the syndicate. On May 12, we received specific inputs that Rakesh would arrive at G.T. Karnal Road in Delhi on the intervening night of May 12 and 13. Rakesh was supposed to go to Punjab to supply drugs"