Sharing the story, the Twitter user lamented the bizarre things people do all in the name of trying to save their marriage. 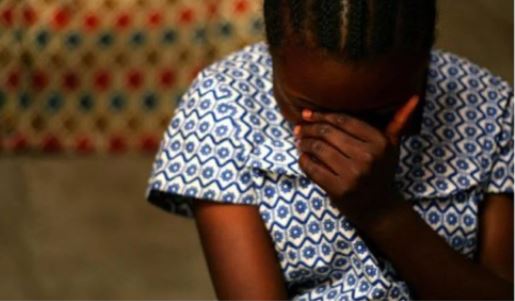 A Nigerian lady identified on Twitter as @Sisi_Yemmie has shared a horrific story online about a married woman.

The Twitter user claimed that the married woman poisoned her own daughter to death to please her new husband.

According to @Sisi_Yemmie, a guy disclosed the disturbing story on the radio while stating that his mother killed his sister because his stepfather did like her and was always complaining.

The lad also revealed that his mother also confessed to having carried out the act.

Sharing the story, the Twitter user lamented the bizarre things people do all in the name of trying to save their marriage.

The tweet reads: ”I just heard this guy on the radio say his mom killed his sister because his step father did not like his sister & was always complaining. So his mom poisoned her. You killed your child for a man???!!!

The mother confessed to her son later, so it’s confirmed gist. That she had to kill the girl cos her husband was stressing her so much over the girl staying with them.

Because the things people do in /for/ because of marriage dey scary. 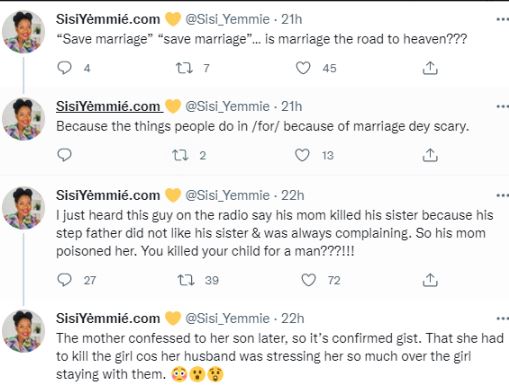