Dr Sampa, who stated this on his official Facebook page on Monday, May 23, also said that the an*s is not a s3xual organ but for excretion. 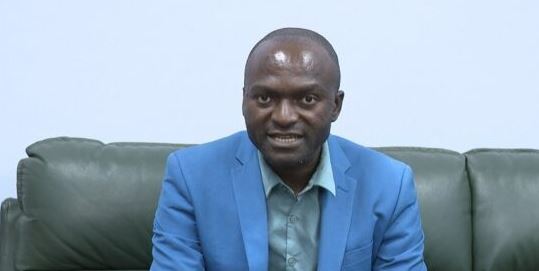 Dr Brian Sampa, The President of the Resident Doctors Association of Zambia (RDAZ), has stated that h*mosexuality is a disorder and those engaging in it require medical assistance.

Dr. Sampa, who stated this on his official Facebook page on Monday, May 23, also said that the an*s is not a s3xual organ but for excretion.

''H*MOSEXUALITY IS A DISORDER, THOSE ARE PATIENTS WHO NEED MEDICAL HELP

In Genetics a man has XY chromosomes while a woman has XX.

Man has More testesterone while woman has more oestrogen.

Due to this make up a man admires a woman while a woman admires a man that's what makes them come together for the purpose of procreation.

About body parts; The organs involved in procreation are penis in males and vagina in females.

Now in nature nothing is perfect so we have conditions where a child is born with two sexual organs.

Anything apart from What has been said above is a disorder and requires medical attention.

**IF A MAN ADMIRES ANOTHER MAN THEY NEED MEDICAL HELP.

**IF A WOMAN ADMIRES ANOTHER WOMAN THEY ALSO NEED HELP

Everyone has got the right to medical attention, don't deprive people of their rights to be treated by accepting their diseases.

ITS NOT A HUMAN RIGHT TO BE HOMOSEXUAL ITS A DISORDER!! 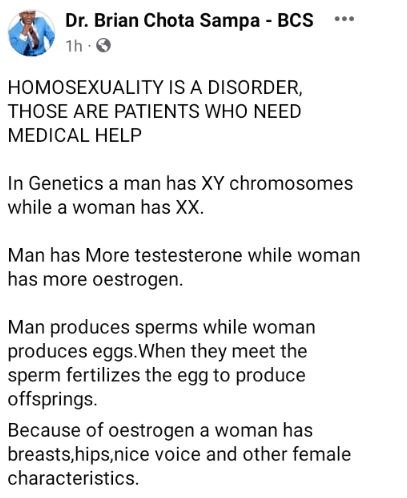 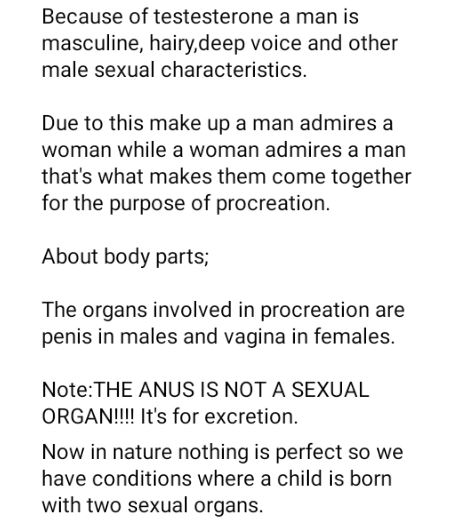 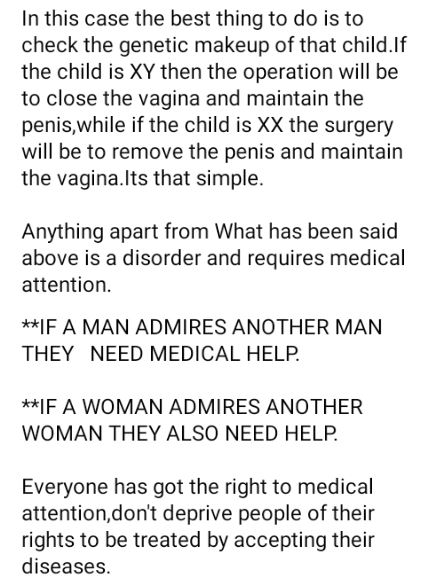 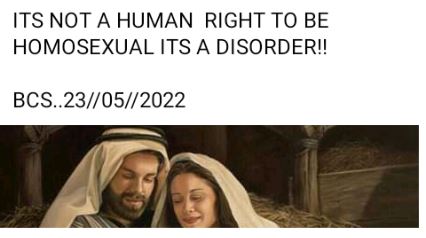