Echeng who noted that they have an issue of conspiracy of silence among the communities added that people know those killing and kidnapping in the communities, but are not ready to talk. 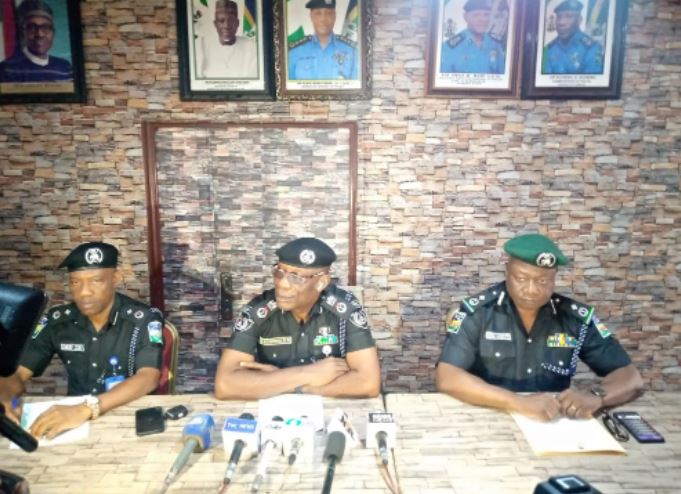 Following the worsening insecurity in Anambra State, the police have accused some communities in the state of protecting criminal elements attacking, killing, and maiming innocent people.

The State Commissioner of Police, CP Echeng E. Echeng made the claim while briefing journalists on the murder of Anambra state lawmaker Hon. Okechukwu Okoye and his aide, Cyril Chiegboka.

Echeng who noted that they have an issue of conspiracy of silence among the communities added that people know those killing and kidnapping in the communities, but are not ready to talk.

He further stated that people are “mystify" those behind the violent crimes with the tag "unknown gunmen", when they are known by the various communities.

“Some of us have come out to tag these people unknown gunmen, while in actual sense they are known. We are trying to mystify something that is not just there. It is time we go into demystifying the tag unknown gunmen. They are not spirits; they are our brothers; they live with us in our communities . That is the obvious truth.

“We know who are these people. The problem the state security have is total conspiracy of silence; when nobody sees something; nobody says something and nobody hears something. Security is collective, everybody has a battle. Crimes are localised, the crimes are committed in our communities and we should be able to say this is what is happening in our communities.

“We are glorifying people that we know and tag them, unknown gunmen. We know them and we have actually arrested some of them and they are human beings.”

Echeng also said that though the police are trying to curb violent crimes, the state is however bothered by neighbouring states and it is easy to move in and out.

“From this night , you are going to hear something because we cannot continue with this. We are taking the fight to them and we believe we will win the battle”