Amaechi recalled how he tamed under six months the menace of militants and other criminal elements in the State when he was elected governor of Rivers State. 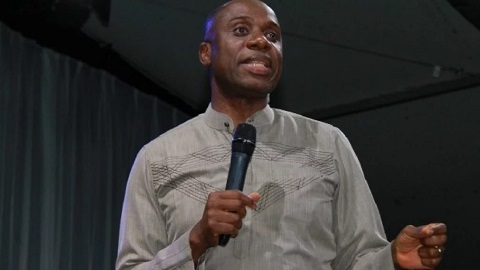 A former Minister of Transportation and Presidential aspirant of the All Progressives Congress, Rt. Hon. Chibuike Rotimi Amaechi has revealed the strategy he wants to use to eliminate terrorists from Nigeria.
According to him, when he becomes president, he will ensure that terrorists and their hideouts are bombarded daily until they disappear into thin air.
Amaechi recalled how he tamed under six months the menace of militants and other criminal elements in the State when he was elected governor of Rivers State.
The former transport minister made the remark in Katsina on Monday, while canvassing for the support of delegates ahead of the forthcoming primaries to elect the APC flag-bearer for the office of the President come 2023.
Amechi said: “If you know Rivers State before I became the Governor, you will know there were serious cases of kidnappings and killings in the State that made oil companies move away, but in 6 months, I restored security.
“General Buratai (former Chief of Army Staff) was then a Brigade Commander, for six months I did not sleep. So I said, they too will not sleep. Until they left Rivers people to sleep, then me too, I started sleeping.
“That’s why anywhere I go for consultations with delegates, I go with Gen. Buratai and former Inspector General of Police, Abba Suleiman, who was the Commissioner of Police in Rivers State at the time and the former Chief of Air Staff, Sadique Abubakar who was Air Force commander in Rivers then. We were bombing them everyday until they ran away.”
On revamping the Nigeria economy, the former transport minister said “there is need to move back to agriculture and move from agriculture to industrialization and manufacturing.”
In response, Governor Aminu Bello Masari of Katsina State described Amaechi as a very hardworking and courageous person, noting that the former transport minister need not blow his trumpet but should allow them blow it for him.
Masari then went ahead to pinpoint the challenges bedeviling the State, primarily the issue of insecurity and the urgent need to rehabilitate displaced people as a result of banditry, calling on aspirants to have that at the back of their mind whenever they come to the State to seek support of its people.
Top Stories