120 Hours After, FAAN Fails To Uncover Identity Of Mangled Body


The cause of the victim’s death and how he found his way into the ‘secured’ area of the airport have become a major subject of investigation for FAAN. 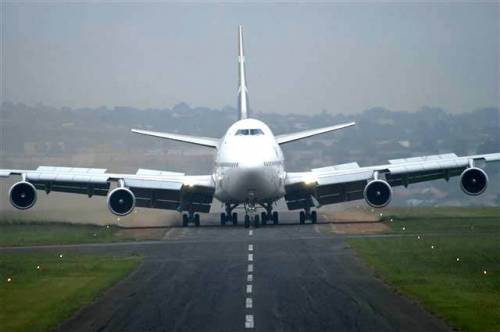 In the past five days after a mangled corpse was found on the runway of the Murtala Muhammed International Airport, Lagos, the identity of the dead is yet to be known, The PUNCH reports.

The PUNCH had exclusively reported how the runway of the international wing of MMIA was temporarily shut on Thursday morning and international flights diverted after the crushed body was discovered on Runway 18R of the flagship airport.

The Federal Airports Authority of Nigeria, in a statement later on Thursday, confirmed the incident and said it had begun an investigation into the development.

The cause of the victim’s death and how he found his way into the ‘secured’ area of the airport have become a major subject of investigation for FAAN.

Giving an insight into the incident, Mrs. Faithfull Hope-Ivbaze, said a motorised cleaner cleared to carry out a derruberisation and sweeping of the runway discovered the remains at about 0106hours, and escalated the situation to relevant departments.

“As a result, between 0110 and 0343 hours, the runway was temporarily closed to allow for the immediate evacuation of the remains. Flight operations resumed at 0343 hours. Investigations are ongoing, and a report will be issued accordingly,” the statement concluded.

However, an aviation union and industry experts have expressed concerns over the delay in uncovering the identity of the corpse.

Aviation security expert and former Military Commandant of the MMIA, Group Capt John Ojikutu, retd, wondered why FAAN has yet to identity the corpse.

“As far as I’m concerned it is more of security breach than anything. If you don’t have security in the airport, you don’t have safety. What if the deceased was there to plant an explosive?”

The General Secretary, Aviation of Nigerian Aviation Professionals, AbdulRasak Saidu, described the inability of FAAN to uncover the identity of the mangled body as worrisome.

He, however, said remained optimistic the agency would come up with information on the probe as soon as possible.

“I was surprised that a corpse was found on a runway, it’s baffling; how did the body get there?” he wondered.

Obilana, however, expressed hope that FAAN would uncover the identity of the corpse.