He added that the woman asked him to come to the station to help her and her sister rescue the baby from her alleged abductors. 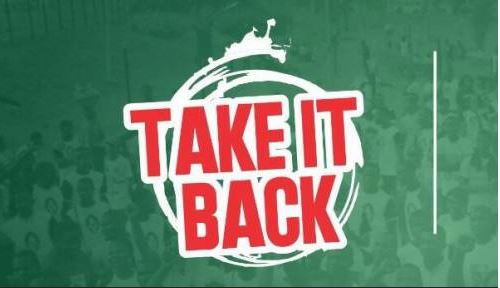 Comrade Ighorhiohwunu Aghogho, the Delta State Chapter Coordinator of the human rights group, Take It Back, has accused an unnamed female police officer of planning to kidnap him.

According to Aghogho, the policewoman called him on May 23, disguising as a woman whose sister's child was sold and accused the Divisional Police Officer of Agbor Police station, who was allegedly handling the matter, of being compromised.

He added that the woman asked him to come to the station to help her and her sister rescue the baby from her alleged abductors.

The activist said, “The registered owner of this mobile number 0813578**** has been calling me on phone since 23/5/2022 complaining that her sister's child was sold and that the DPO of Agbor Police Station who is handling the matter has not been helping the issue. On this ground, they required my attention to come and help with the situation in order to rescue the baby from her abductor.

“However, when I probed into the identity of the registered owner of the phone number, it revealed a female police officer, one W/Officer Scholar attached to the Delta State Police Command, Asaba who is believed to be on a covert mission to track me and kidnapped me.

“I further instructed her to depose to an affidavit of fact at the court to substantiate her claim which she technically refused (to do) but still insisted to meet with me. The issue for determination is why will a police officer hide her identity in order for her to meet with me? This is for the attention of the general public.”

When contacted, the policewoman confirmed calling Aghogho and lying to him that her sister’s child had been sold, but added that it was to kidnap him.

“Yes, it’s part of our investigation; we invited him and he refused to come. So, we tried to use what he liked to deceive him. Please warn him to stop defaming my character, sharing my number and saying that I was planning to abduct him. Why should I? This is someone I know very well and he knows me as well. We have worked together in a village I was before,” she said.