Unbelievable! Check Out Photos Of The Baby Who Was Born With Four Arms And Four Legs
Recent Stories


Sheikh Ahmad Gumi’s spokesman confirmed that the bandits gave the government another two weeks, effective from Monday, 30th May, to release their teenage children before any talk that may lead to the release of some of their victims. 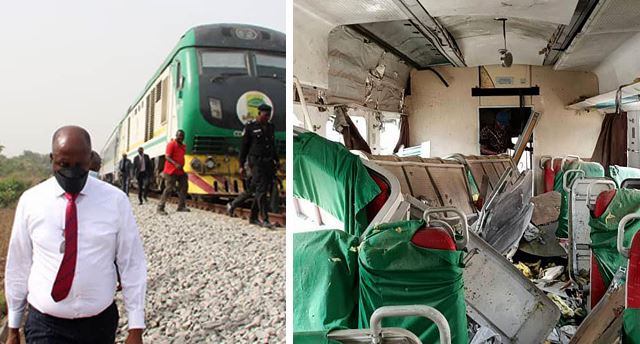 The terrorists that abducted over 60 abducted passengers of the ill-fated Abuja-Kaduna bound train have withdrawn their earlier threat to stop feeding the victims.

The spokesperson of Sheikh Ahmad Gumi, Malam Tukur Mamu, the ‘Dan Iyan Fika, confirmed that the earlier threat by the abductors of the ill-fated train passengers to start killing them had been withdrawn.

Sheikh Ahmad Gumi’s spokesman, who was privileged to open a channel of communication with the terrorists through one of their leaders, Abu Barra, explained that, “I can authoritatively confirm that the earlier threat to stop feeding the over 60 abducted passengers of the Abuja-Kaduna bound train and threat to start executing the victims was successfully withdrawn on Saturday afternoon.”

Malam Tukur Mamu further explained that it was as a result of ongoing engagement with the Abu Barra-led abductors.

According to him, a temporary truce that would enable government to facilitate action was indeed reached with the abductors.

As a result of the serious and frank engagement, he said the bandits had agreed to continue to take care of their victims, including providing them with medical first aid services.

Sheikh Ahmad Gumi’s spokesman confirmed that the bandits gave the government another two weeks, effective from Monday, 30th May, to release their teenage children before any talk that may lead to the release of some of their victims.

Tukur Mamu urged the government to do the needful, as soon as possible, as many of the victims have serious health challenges in view of the rainy season.

The spokesman explained that his decision to accept the mediation efforts was purely on humanitarian grounds and as part of the sacrifice and commitment of Sheikh Dr Ahmad Gumi to contribute to lasting peace and security across the North, especially the North West.

He further explained that in view of the encouraging development, it remains to be seen how the government would react to ensure the immediate release of the kidnapped victims that have now spent two months in captivity.

It’s Over In Nigeria – Lady Cries Out After Buying A Tuber Of Yam For N3,000k (Video)
Recent Stories