A total of 130,670 tablets of different controlled drugs, 1,396 ampoules of pentazocine injection and 743 bottles of codeine were recovered from a secret location where the drugs are repackaged. 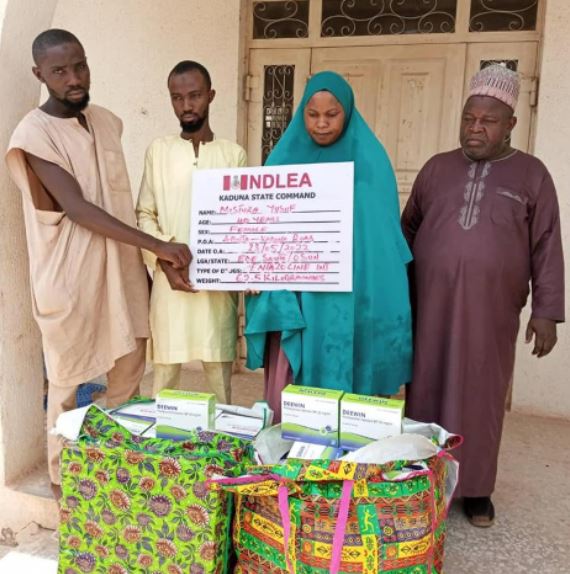 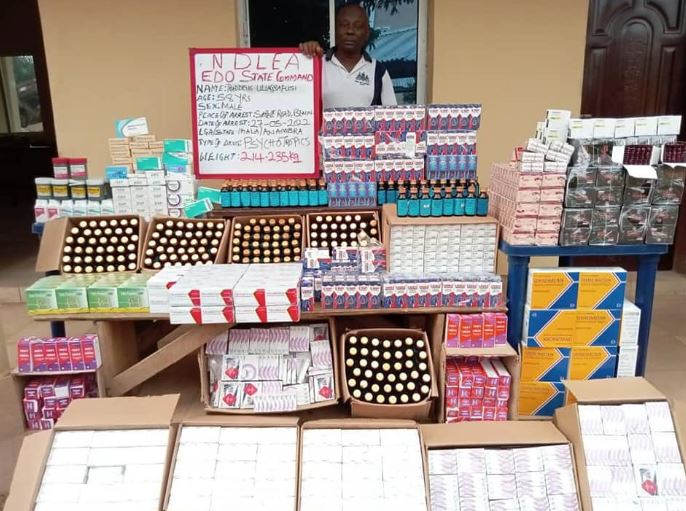 A statement released today May 29th by Femi Babafemi, spokesperson of the agency, says in Edo state, a pharmacy along Sapele Road, Benin, was raided on Friday 27th May following intelligence and prolonged surveillance.

The owner of the store, Thaddeus Uliagbafusi, 58, was arrested while a total of 130,670 tablets of different controlled drugs, 1,396 ampoules of pentazocine injection and 743 bottles of codeine were recovered from a secret location where the drugs are repackaged. 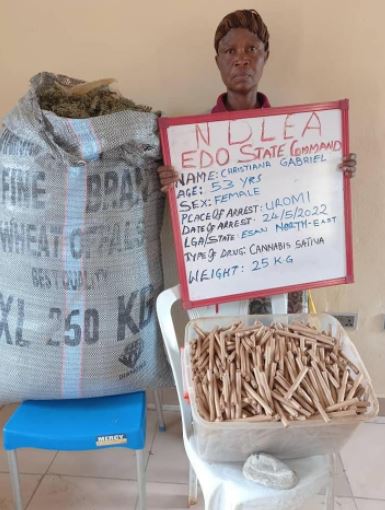 This followed a similar raid of a drug joint operated by Mrs. Christianah Gabriel, 53, at Uromi, Esan North East LGA, Edo state, who was arrested with 25kg cannabis.

While 15, 000 ampoules of pentazocine injection were seized by operatives in Kaduna along Abuja-Kaduna express road, 12,500 tablets of Diazepam were intercepted along Okene-Abuja highway on Thursday 26th May. The drug exhibits were found inside a truck conveying motor spare parts from Onitsha, Anambra to Kaduna. 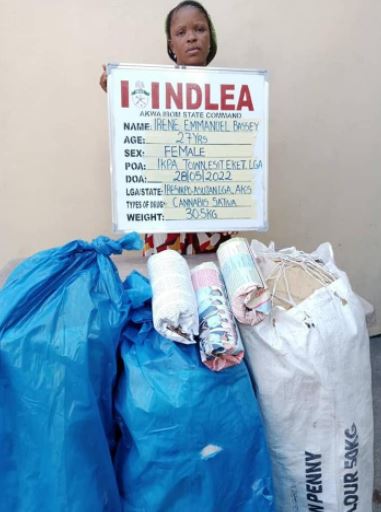 Babafemi added that in Akwa Ibom, a female drug dealer, Irene Emmanuel Bassey was arrested on Saturday 28th May, during a search of her house at Ikpa town, Esit Eket LGA where 30.5kg cannabis was recovered, while one Muideen Rasaki was nabbed with 90.8kg cannabis at Elere, Boluwaji area of Ibadan South-East LGA. 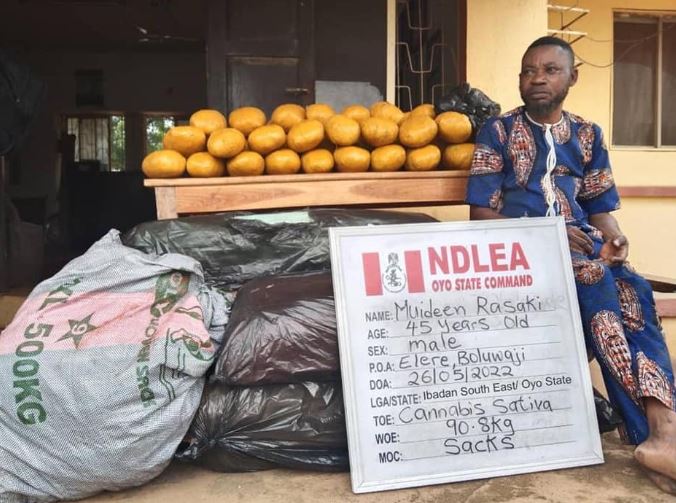 While commending the officers and men of the Directorate of Intelligence, NAIA, Edo, Kaduna, Kogi, Akwa Ibom and Oyo state Commands of the Agency for the series of arrests and seizures in the past week, Chairman/Chief Executive of NDLEA, Brig. Gen. Mohamed Buba Marwa (Retd) charged them and their compatriots across the country not to relent in their offensive action against drug cartels and their kingpins.