At a press conference, Agballa said Ekweremadu was mounting pressure on the APC to grab its ticket. 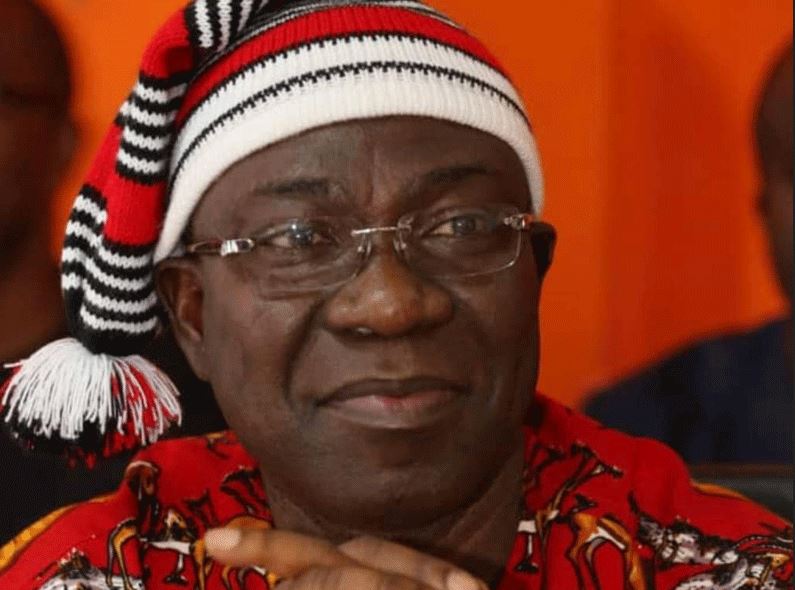 Barr. Ugoh Agballa, the Chairman of the All Progressives Congress, APC, in Enugu State, on Sunday has slammed former Deputy Senate President, Senator Ike Ekweremadu, stating that he was making desperate attempt to take the party’s governorship ticket despite not being a member of the party.

There have been speculations around Ekweremadu’s political future following his withdrawal from the Peoples Democratic Party, PDP, governorship primary election.

But, at a press conference, Agballa said Ekweremadu was mounting pressure on the APC to grab its ticket.

He, however, said such a move would never work, describing it as evil.

He started thus: “Ekweremadu is a man I have great respect for. We have held discussions, on the need for him to come and join us as a member of the party, the same way I met other persons.

“I reached out to him before our primary, but he informed me in the presence of the South-East chairman of our party, that we should give him our ticket for governorship position.

“Even after our primary, he is still insisting that we should give him ticket.

“And I’m baffled because his demand is repugnant to natural justice, at variance with the Electoral Act, which he is one of the makers.

“His demand is evil, ignoble, shows that a man does not change his colour.

“He is in court claiming that he was subverted during the PDP primary, but the same man is now running up and down, disturbing us up and down, mobilizing Senators to prevail on our national chairman to subvert the Electoral Act.

“The Electoral Act is clear, nobody can give him a waiver to undo what we did.

“Uche Nnaji is our candidate; he emerged after a primary election duly observed by INEC.

“We want Ekweremadu to be our member but we cannot give him our governorship ticket. These are some of the things that give bad image to Nigeria politicians.

“Ekweremadu wants to be Governor but the position was not even zoned to Enugu West, but he wants to take Enugu East turn. Now, he wants to come and subvert us and I ask, what kind of a man is Ekweremadu, who is this Ekweremadu.

“He is not a member of APC and he is demanding our ticket, is he now blinded by ambition. If I see him in my party, I will treat him like a mad man.

“His demands portend grave danger to our political system. I will not allow desperados to come and scatter what we have laboured for.

“Ekweremadu has been in power for 24 years, he should support others. It must not be about him all the time. We are not operating absolute monarchy.”