When it was noticed that the actress was no longer following her husband, several reports claimed that a rift was brewing between the couple. 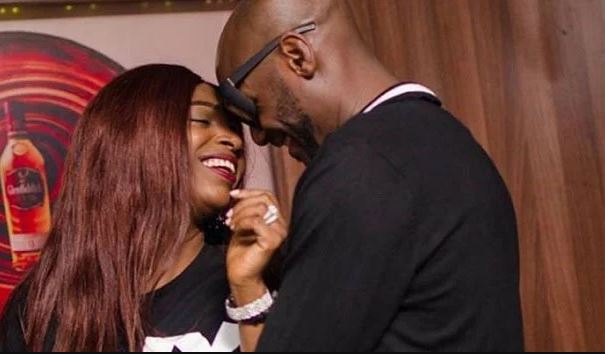 Annie Idibia, the popular Nollywood actress, has refuted claims that she unfollowed her musician husband, 2Baba, on Instagram.

When it was noticed that the actress was no longer following her husband, several reports claimed that a rift was brewing between the couple.

But in a post on Monday, the mother-of-two noted that a glitch on Instagram had caused the unfollowing, which led to the rumoured rift with her husband.

“Make una no dey let innocent lovers of a guy and I mind jump o!”

She noted that the Instagram glitch had also reduced the number of her followers.

For a few days now, Instagram users have complained about the fluctuating numbers of their followers on the social media platform.

The rumours of a rift between Annie and 2Baba come two months after Annie had announced the renewal of their marital vows to celebrate their 10th wedding anniversary.

The intimate ceremony was aired on the reality TV Show, Rich, Famous and African, which starred Annie and other popular African stars.

Annie, while featuring on the show, had recounted how hurt she felt when she realised that 2Baba had children with two other women when he dated her first.

She stated that her first child was 2Baba’s fifth, adding that she faced so much embarrassment