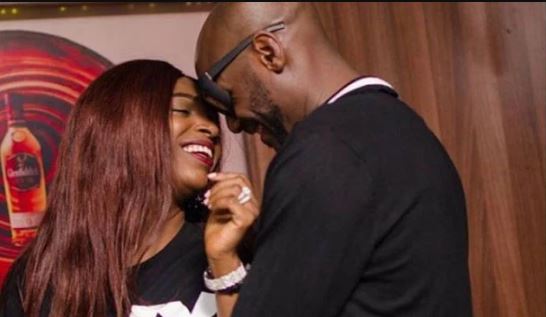 Annie Idibia, the popular Nollywood actress, has again denied that a rift was brewing between herself and her musician husband, 2Baba.

While slamming bloggers for peddling such rumours, the mother-of-two noted that she loved all 2Baba’s seven children, adding that the only language she understood was love.

“Stupid dumbass bloggers! Our kids na dem go take care of us when we are old and weak! Abeg make una no start to dey cause conflicts wey no dey between all my seven kids! Yes, seven of them, whether una like am or not! All seven kids. Just stop already with the lies n slandering!” Annie wrote in pidgin.

She noted that the rumours were beginning to piss her off, and she threatened to take legal action.

“You need to f**king stop for real!! It’s beginning to piss me off! Legal actions coming!” Annie said.

The rumours started when it was noticed that the actress was no longer following her husband on Instagram.

As a result, several reports claimed that a rift was brewing between the couple.

But in a post on Monday, the mother-of-two noted that a glitch on Instagram had caused the unfollowing which led to the rumoured rift with her husband.

This comes two months after Annie, while featuring on a reality TV show, recounted how hurt she felt when she realised that 2Baba had children with two other women when he dated her first.

She stated that her first child was 2Baba’s fifth, adding that she faced so much embarrassment.

The celebrated musician has fathered seven children by three women, including his wife, Annie.

While he and Annie had two girls together, another baby mama, Sumbo Adeoye who had since moved on, had two boys for him.