2023: We Are Ahead - Osinbajo Boasts After Successful Screening By APC Presidential Panel


Osinbajo spoke with newsmen shortly after emerging from the screening exercise on Tuesday. 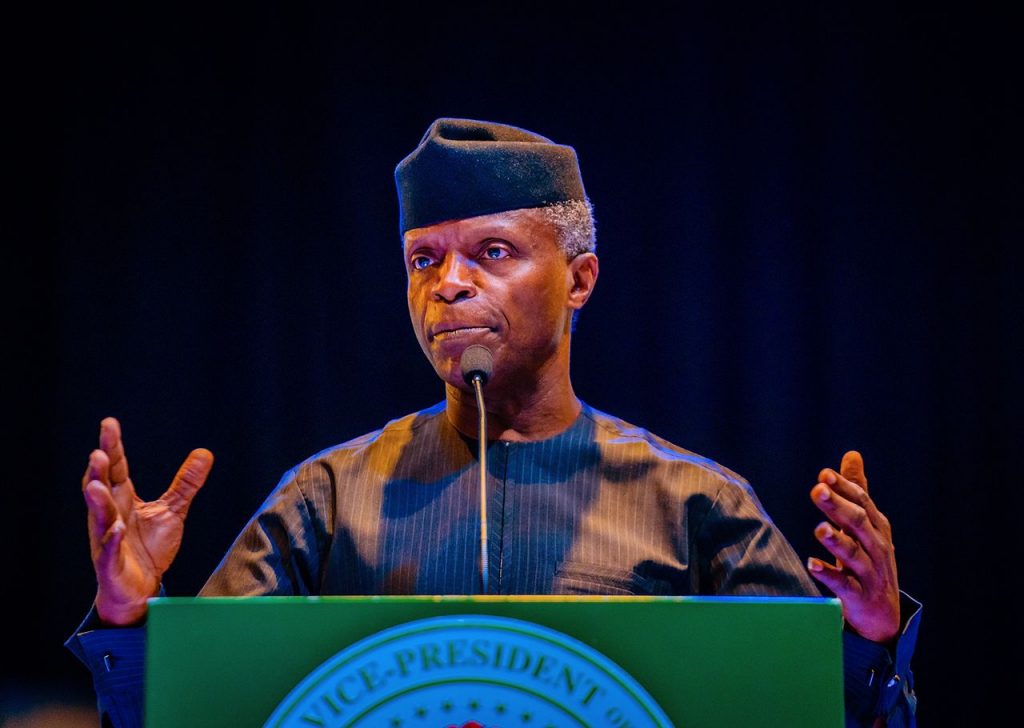 Vice President Yemi Osinbajo has been screened by the All Progressives Congress Presidential Screening Panel on Tuesday.
According to him, he is already ahead.
Osinbajo, who spoke with newsmen shortly after emerging from the screening, said the exercise was fruitful and
He said, “We were able to discuss several issues; issues of national and party concerns; and it went very well indeed; we had a very good chat.
“Of course, we are ahead of any party; way ahead, APC is ahead.”
Apart from Osinbajo and former Lagos State Governor, Bola Tinubu, other aspirants are the Senate President Ahmad Lawan and former ministers Rotimi Amaechi, Ogbonnaya Onu, Godswill Akpabio, and Chukwuemeka Nwajiuba.
Serving governors who are also aspiring to be president are Kayode Fayemi (Ekiti), Yahaya Bello (Kogi), Dave Umahi (Ebonyi), Ben Ayade (Cross River) and Badaru Abubakar (Jigawa).
Others are former Senate President Ken Nnamani, former House of Representatives Speaker, Dimeji Bankole, and serving senators Ibikunle Amosun, Ajayi Boroffice, and Rochas Okorocha.
President Muhammadu Buhari’s running mate in 2011, Pastor Tunde Bakare, Uju Ken-Ohanenye, Nicholas Felix, Ahmad Rufai Sani, Tein Jack-Rich, Ikeobasi Mokelu are also expected to face the party’s presidential screening panel.
Earlier, Buhari met behind closed doors with members of the Progressives Governors Forum at the Presidential Villa, Abuja, on Tuesday.
However, Vice-President Osinbajo was absent from the meeting.
Top Stories