The terrorists were killed by the North East Chairman and Commander of Hunters/Vigilantes (Sarkin Baka) Mohammed Shawulu Yohanna and his team. 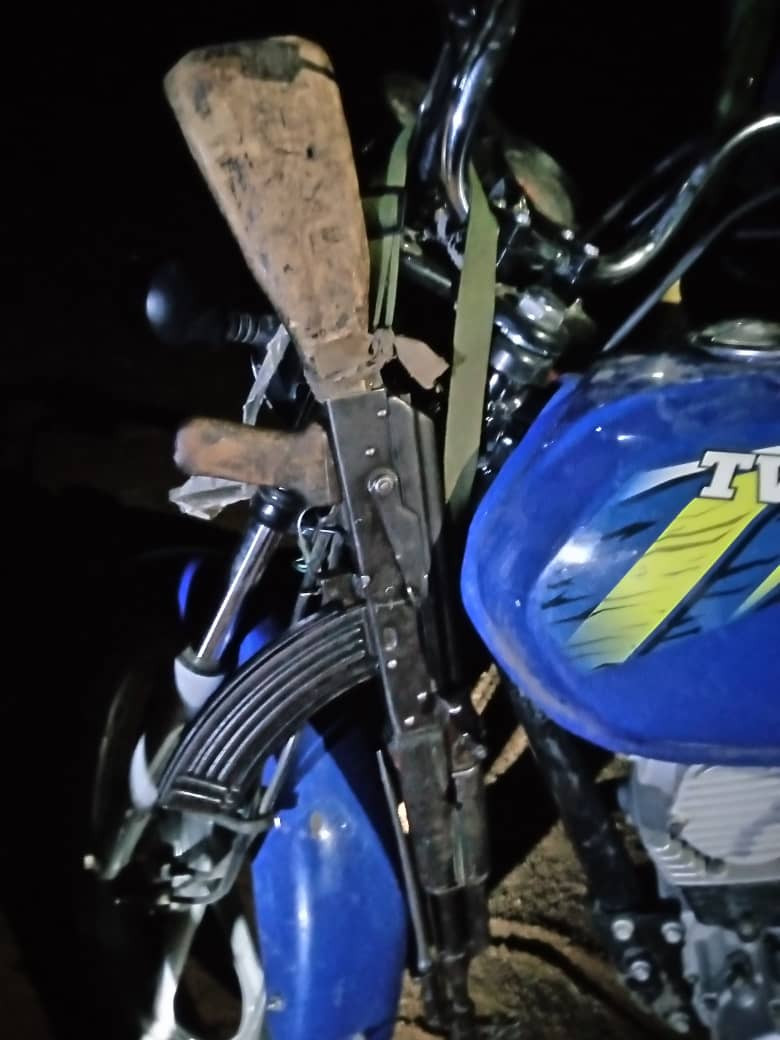 A Boko Haram commander has been eliminated by hunters.
His deputy was also killed during the clash in Shaffa Taku, a village in Damboa Local Government Area of Borno State.
The terrorists were killed by the North East Chairman and Commander of Hunters/ Vigilantes (Sarkin Baka) Mohammed Shawulu Yohanna and his team.
Confirming the development to Channels Television on Tuesday, May 31, Yohanna revealed that an AK-47 rifle and a motorcycle used by the terrorists were recovered and would soon be handed over to the Nigerian military in Biu.
"Yes, we acted on an intelligence information that were given volunteered people who hinted me about the movement of the insurgents who have been terrorizing their communities in the last two weeks," Yohanna stated.
"Upon recieving the information, i mobilized my team and stormed the spot in the evening at Shaffa Taku, which is a deserted community in Damboa. Luckily, we sighted the terrorists numbering more than 20 riding on motorcycles. We engaged them in a gun battle, and we were able to kill the Commander and his Deputy, while several.others fled with gunshot wounds.
"We also recovered one motorcycle and one AK47 rifle from the terrorists, presently, I have informed the authorities of the 231 Battalion in Biu, and we are going to meet today (Tuesday) for onward handing over to the recovered AK47 rifle and the motorcycle." he added.
Shaffa Taku is located in the heart of Sambisa forest which is a hideouts of Boko Haram sect who have been terrorizing the communities of Mandaragirau in Biu, Sabon Gari in Damboa and other villages in Askira-Uba council areas in the last two weeks, with forceful collection of tax, looting of foodstuff and livestock in the affected nearby communities.
Top Stories