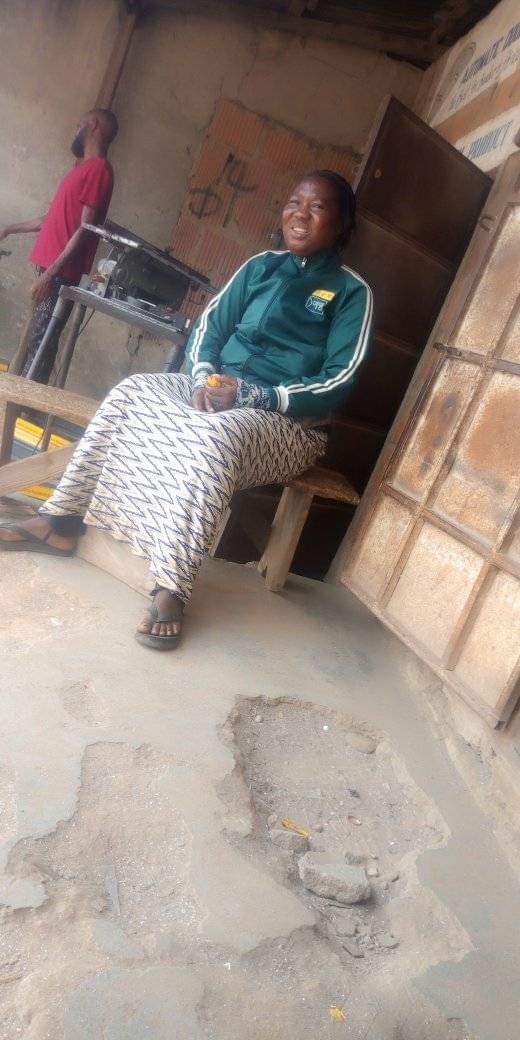 A Nigerian human rights activist has shared a touching story about her friend who reportedly became mentally deranged after burning her village shrine.
Chimelum Ajanma took to her Facebook page to share the story.
She wrote:
Meet My Friend, Mrs Nneka.
She comes around everyday to check up on me and also solicit for money to buy food for the day.
Mrs Nneka is mentally sick, she picks Garbages from the ground to eat, most times walk barefooted, She talks to herself and laugh alone.
Before Her Illness, She used to be a strong charistmastic member in her church, she moves around preaching the gospel and doing signs and wonders, many people attested to that.
It was said she visited her village shrine after much attrocities she heard it has committed, She scattered and burnt down the shrine, after some days, the madness struck her.
Despite her madness, She always says to people; ''Give me money make i give you luck'' and most people normally admit having a breakthrough when help is being rendered to her.
Psychiatric and mental hospitals have tried, No avail, Pastors and imam have also tried, No Avail.
Heard her husband and children are no where to be found.
Pray she get better soonest" 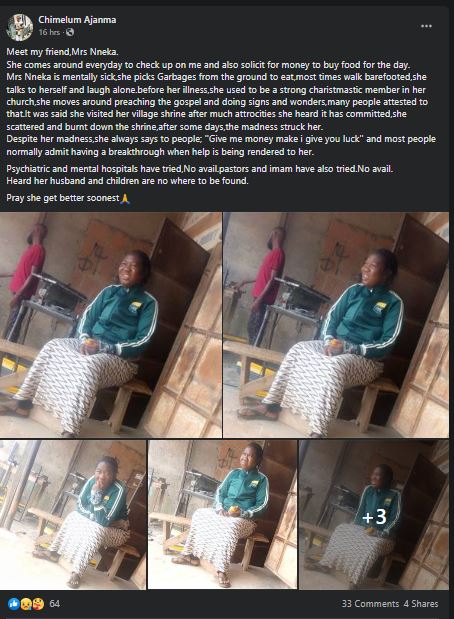