The troll told the former reality star that she has an aura that makes her "very unattractive". 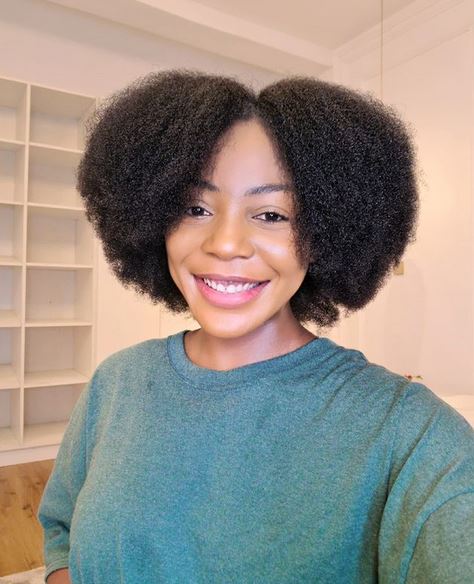 The troll told the former reality star that she has an aura that makes her "very unattractive".

The troll added that the aura is "wickedness and heartlessness" and warned that it will keep male lovers away from her.

Ifu responded, revealing that not only is she dating, but that countless men show interest in her daily.

She told the troll and other trolls that celebrities have feelings too.

She then questioned why a person would be filled with so much hate to send a message like the one sent to her.

She added that she hopes the government takes cuberbullying seriously and punish offenders. 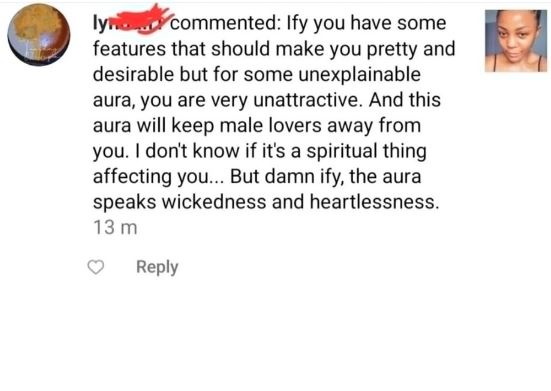 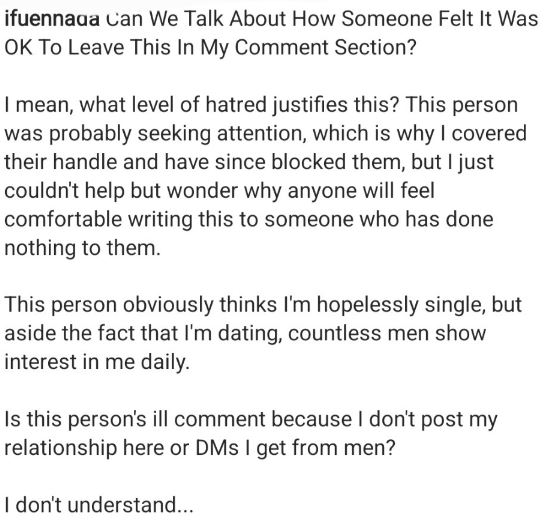 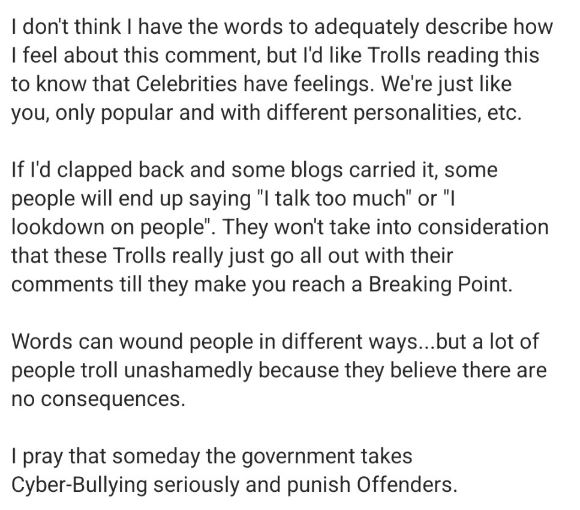