2023: I Saved Atiku From Obasanjo, Rescued Ribadu From Yaradua – Tinubu


Tinubu argued that it was rightly his ‘turn’ to be President of Nigeria. He claimed that he had the necessary experience for the position and was instrumental in helping a lot of Politicians secure office. 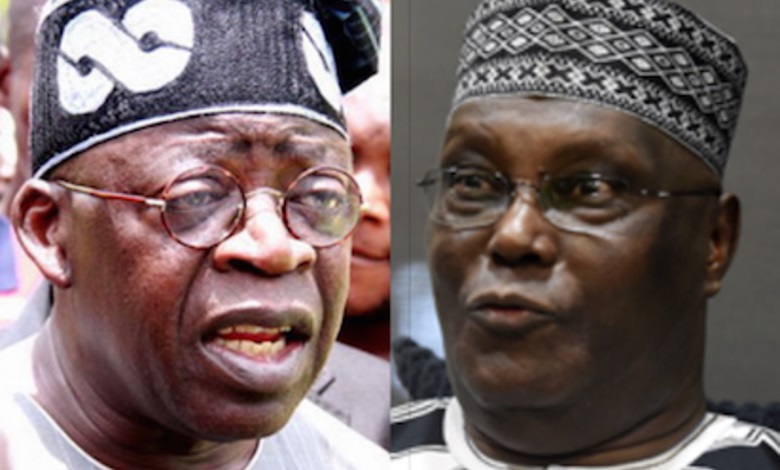 Ahead of the 2023 presidential election, the National Leader of the All Progressives Congress, APC, Bola Ahmed Tinubu has made some startling revelations.
According to him, he saved former Vice President and current 2023 Presidential Candidate of the Peoples Democratic Party, PDP, Atiku Abubakar from Ex-President, Atiku Abubakar.
He spoke during a meeting with party members on Thursday in Ogun.
According to him, it is his turn to become President of Nigeria because of the role he has played in Nigeria's politics.
Recall that he had earlier stated that if not for him, Muhammadu Buhari wouldn't have emerged President in 2015.
“I’ve been doing this for a long time. Give me the position. It’s my turn,” Mr Tinubu said.
“When Atiku’s party ganged up against him, and Obasanjo brutalised him, he ran to me for help. It was I who saved him. It is my turn now,” Mr Tinubu told APC members in the Yoruba language.
The former Lagos governor reminded party faithful at the event that his political intelligence saved Mr Ribadu when witch-hunted by then-President Umaru Yar’Adua, who demoted him from the EFCC chair to a deputy commissioner of police before dismissing him from the force.
“When Nuhu Ribadu was chased with an axe (during Mr Yar’Adua’s administration), this is not a matter of axe. It’s a matter of wisdom,” recounted Mr Tinubu.
Top Stories