The building which is located at Ngbabor, Presco campus of Ebonyi State University, collapsed around 2.15 pm. 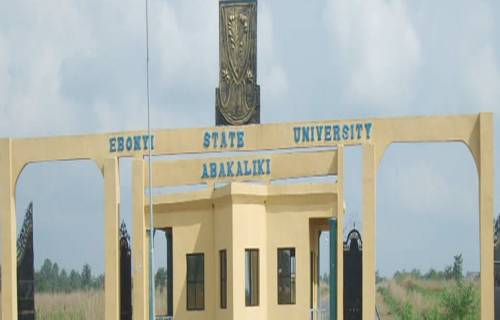 SaharaReporters reports that an uncompleted five-storey building on Tuesday collapsed in Abakaliki, the Ebonyi State capital.

The building which is located at Ngbabor, Presco campus of Ebonyi State University, collapsed around 2.15 pm.

Eyewitnesses told SaharaReporters that there was no casualty as workers at the building were able to quickly flee as the building started vibrating.

One of the eyewitnesses, who gave her name as Victoria, said, "We were standing under the Presco Flyover and all of sudden there came a bang. We came out to see what was going on, only to see that one of the tall buildings around had collapsed to the ground. This happened around 2:15 pm."

She stated that immediately after the incident, some men rushed there to see whether workers had been trapped.

"To the glory of God, when they got there, the labourers told them that when they noticed some cracks and unusual vibration they moved out of the site," the eyewitness said,

Another eyewitness told SaharaReporters that the affected structure is a twin building, adding that only one of them collapsed.

Meanwhile, it was gathered that the scene of the incident had been cordoned off by first responders.