2023: List Of Likely Contenders To Consider As Tinubu’s Running Mate


The APC national leader defeated 13 other presidential hopefuls at the APC primary election held at the Eagle Square to clinch the party’s ticket. 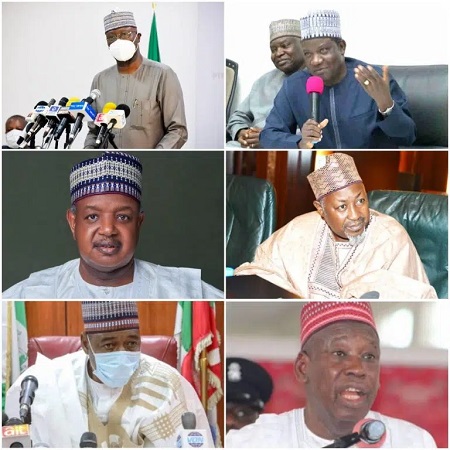 Candidates who are likely to become Bola Tinubu's running mate have been unveiled.
Recall that Tinubu yesterday emerged as the Presidential candidate of the All Progressives Congress (APC).
He coasted to victory by defeating 13 other presidential aspirants at the APC primary election held at the Eagle Square to clinch the party’s ticket with 1,271 votes.
Following his emergence, the search for a running mate has now began.
It is likely that Tinubu will choose his running mate from the North, however, the issue of religion will play a key factor in the political decision.
Tinubu who is a Muslim is likely to pick a Christian. However, the choice of Christian partner from the north is becoming a huge task.
Many believe he cannot run a Muslim-Muslim ticket.
Well, analysts have picked the names below as individuals he's likely to choose:
Secretary to the Government of the Federation, Boss Mustapha
Governor Simon Lalong of Plateau State
Governor Atiku Bagudu of Kebbi State
Governor Nasir El-Rufai of Kaduna State
Governor Abdullahi Ganduje of Kano State
Governor Abubakar Badaru of Jigawa State
Governor Babagana Zulum of Borno State
Malam Kashim Ibrahim-Imam
Top Stories