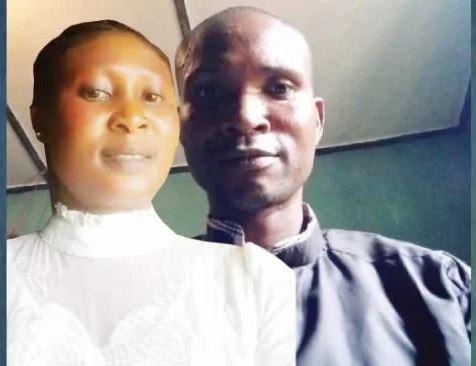 Tijani Akolawole, a 32-year-old security guard living in Ilobu, Osun State, recently lost his wife, Foluke, five days after she was delivered of a set of triplets.

What is your name and who are you to the late mother of triplets?

My name is Tijani Afeez Akolawole. I am a 32-year-old security guard. I am resident in Ilobu, Osun State.  The late mother of triplets was my wife. Her name is Tijani Foluke. I married her in 2019.

What led to the death of your wife?

She gave birth safely to a set of triplets on May 31, 2022 without any complications. She spent about 30 minutes in the labour room and gave birth to the babies without any problem at all.

We returned home on June 1, 2022 around evening. But at midnight, she started bleeding and we took her back to the hospital. Before we even left the house, through some medical intervention that she received, the bleeding stopped and we quickly returned her to the same hospital where she gave birth to the babies.

What did the doctor say happened to her?

I was told she lost a lot of blood and that she needed a blood transfusion. My blood was checked and since I am her match, I donated blood to her. I donated blood twice while she was at that hospital. She was responding to treatment until suddenly, her condition deteriorated and her stomach just increased in size.

The hospital referred her to UNIOSUN  Teaching Hospital, Osogbo, where she eventually gave up the ghost on Saturday, June 4, 2022, five days after she was delivered of the triplets.

Where are the babies now?

They are hale and hearty. My brother’s wife has been helping to take care of them. Their christening was done quietly, after the burial of their mother.

Were the triplets your first set of children?

No, they were not. Our first born was delivered without any problem. It was a natural birth. The triplets were her second set of children.

During her pregnancy, did you know that she was carrying triplets; did you carry out medical check to find out?

No. I don’t think it was even mentioned to my hearing; nothing to suggest that danger was lurking around her. We have beautiful dreams but her death has dashed that hope. I am almost naked.

Can you share some of the plans you had with your late wife?

We had planned to give our children the best of care, vowing that we would do our best to achieve it; but we can’t query God.

What kind of help do you need now?