The man was assaulted and set ablaze after they claimed to have caught him in the act. 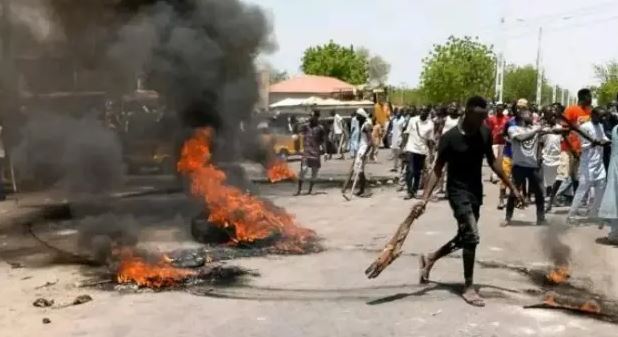 A middle-aged man has been burnt alive by an angry mob in Bauchi for allegedly stealing a motorcycle.

He was assaulted and set ablaze after they claimed to have caught him in the act.

Police commissioner Umar Sanda, has now ordered an investigation into the killing.

Mr Sanda announced this in a statement signed by the command’s spokesman SP Ahmed Wakili.

He described the mob action as barbaric. Irate youths in Chinade had lynched the suspect.

“Instead of taking the suspect to the police for proper investigation and prosecution, they mobbed the suspect for allegedly stealing a motorcycle without any recourse to the law,” said the police chief.

Mr Sanda warned that the command under his stewardship, would not allow recalcitrant elements in the society to take the law into their hands by killing crime suspects.

He further warned that nobody had the right to treat a suspect in such a barbaric manner.

The police commissioner also mentioned that suspects apprehended by civilians should be handed over to the police or any law enforcement agencies for investigation and prosecution.