UK Teacher Who S3xually Abused Students, Forced Their Hands Into Her Trousers, Imprisoned


The teacher was busted after cops discovered a total of 1,185 messages had been exchanged between the pair over a three-week period. 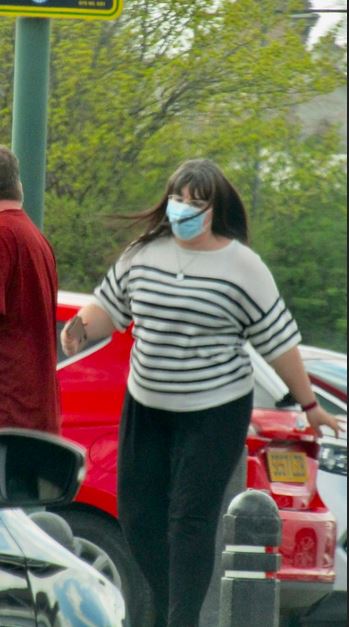 A 39-year-old female teacher who sexted two vulnerable schoolboys and forced their hands down her trousers has been imprisoned after being labelled the “master of deceit.”

Carol Ann White carried out her “predatory campaign” against the pupils under the age of 12 while employed in two separate North Lanarkshire primary schools.

A police investigation was launched and it was revealed that she had been sexting one boy during the first UK lockdown.

The teacher was busted after cops discovered a total of 1,185 messages had been exchanged between the pair over a three-week period.

White asked him to touch himself intimately on FaceTime, sent revealing photos of herself and sent one photo captioned ‘C**kblock of the year goes to Covid-19’.

In later interviews with police, the boy, who has special educational needs, revealed he had been kissed 50 times by her on the lips during a school trip.

He also said White had groped him while watching a film and had also forced his hand down the front of her trousers.

The probe led police to another boy who said White had kissed him on the lips in a school store cupboard.

In a series of interviews with officers, the boy revealed White had held his head against her groin and rubbed him with her breasts.

White, of Uddingston, Lanarkshire, had denied two charges of engaging in s3xual activity with the boys spanning between 2018 and 2020 but she was found guilty by jurors following a week-long trial.

The mum-of-two wept as she was jailed by Sheriff Morag Shankland and placed on the s3x offenders’ register indefinitely.

White will also be on licence for 18 months following her release from prison after the sheriff ruled she posed a risk to the public.

Following the sentencing hearing, the mother of one of the boys said: “I’m just glad she got jailed.

“Concerns had been raised in the school about her being overly familiar with pupils but yet she was allowed to move on and target a vulnerable boy.

“The whole thing is shocking and I feel as if I’ve had no support for the last two years.”

A text sent by White to the boy after one image was sent read: “You clearly don’t need me to help, someone else must have made you Hot.”

In a video shown to jurors, the boy said: “Miss White said if you touch me I will touch you and then grabbed my hand and put it down her trousers. It happened once.”

The other told how he had been targeted after a discussion about White and her love for Celtic FC.

He said: “She was manipulative. I thought she was a good person who would do nothing wrong but you can’t judge a book by its cover.

“If you were Miss White’s teacher’s pet then she would favour you. It felt quite good. Looking back I feel disgusted.”

In evidence, White, branded the ‘master of deceit’ by prosecutors, broke down as she repeatedly denied the allegations against her.

She said: “My reaction is that they are absolutely not true, not any of it.”

Graham Robertson, defence advocate, said: “Even as of today’s date, Mrs White is consistent with her position and she has always denied the overtly s3xual nature of the charges.

“There has been a massive breach of trust and she knows that.

“What she has been convicted of is reprehensible and she understands the position that she is in and she has had to leave the profession she loved.”

Derek Brown, deputy chief executive of North Lanarkshire Council, said: “This has been an appalling abuse of trust by someone who exploited her position and carried out a targeted, predatory campaign to betray two vulnerable children who should have felt safe and supported in her care.”