An eyewitness disclosed that the incident occurred on the morning of Thursday, June 16. 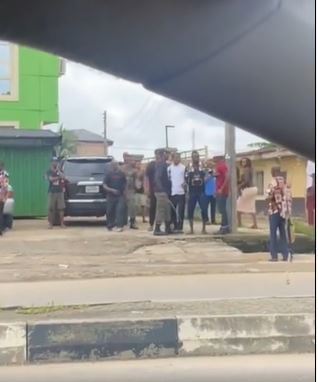 A video has surfaced showing Nigerian police officers flogging Port Harcourt Electricity Distribution Company officials.
According to reports, the officials had attempted to disconnect their boss’ power supply in Calabar
An eyewitness disclosed that the incident occurred on the morning of Thursday, June 16.
In the video, the police officers could be seen repeatedly flogging the PHEDC officials.
It was gathered that the officers reportedly attacked the PHEDC officials after they tried disconnecting the power supply of a bakery they were securing in the Cross River state capital, after its owner said to be a politician allegedly failed to pay his bills .
Watch video below: