The 47-year-old former Nigeria international has already signed a one-year contract to handle the side and will start work this week. 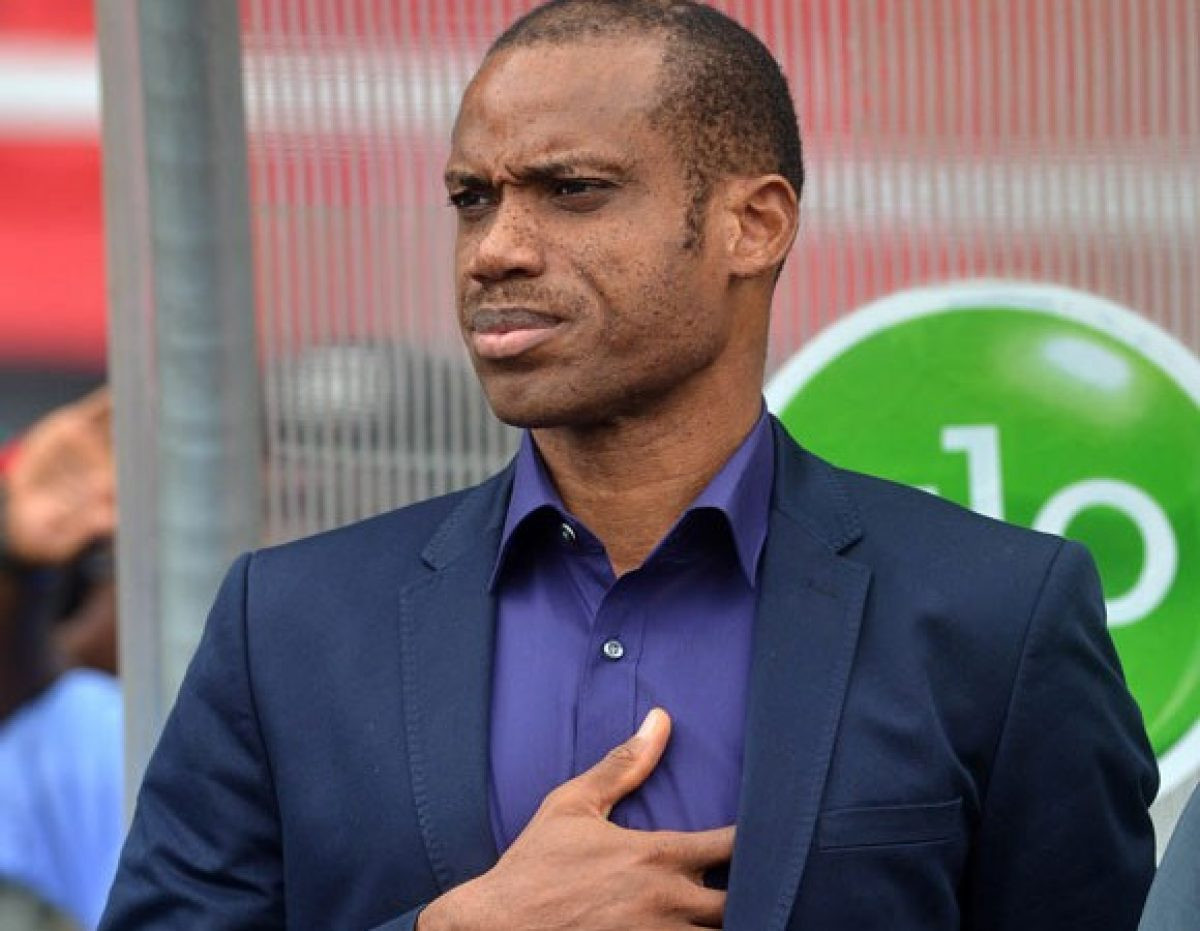 Nigerian football legend, Sunday Oliseh is now the new head coach of German Regionalliga West club Sav Straelen.
The appointment was confirmed by the club’s president Hermann Tecklenburg.
He said the 47-year-old former Nigeria international has already signed a one-year contract to handle the side and will start work this week.
“Yes, Sunday Oliseh will be our new coach. A good 14 days ago we had delicious asparagus at the Straelener Hof,” president of the club Hermann Tecklenburg was quoted by waz.de.
“That was a good conversation. In the last 24 hours we were also able to discuss an employment contract until June 30, 2023. On Wednesday 21 June, Sunday will lead the first practice session. We look forward to working together.”
Oliseh started his coaching career in Belgium with youth teams in the Belgian third division and was appointed the coach of RCS VISE Belgium in the Third Division during the 2014-15 season.
In 2015-16, Oliseh was named the coach of the Super Eagles. During his stint with the Super Eagles, he qualified the team for the Chan tournament in Rwanda, and also the group phase of the 2018 World Cup qualifiers.
The 47-year-old last managed Eredivisie club , Fortuna Sittard.
Top Stories