It would be recalled that the Supreme Court had on Friday given approval to female Muslim students to wear hijab to school in Lagos State. 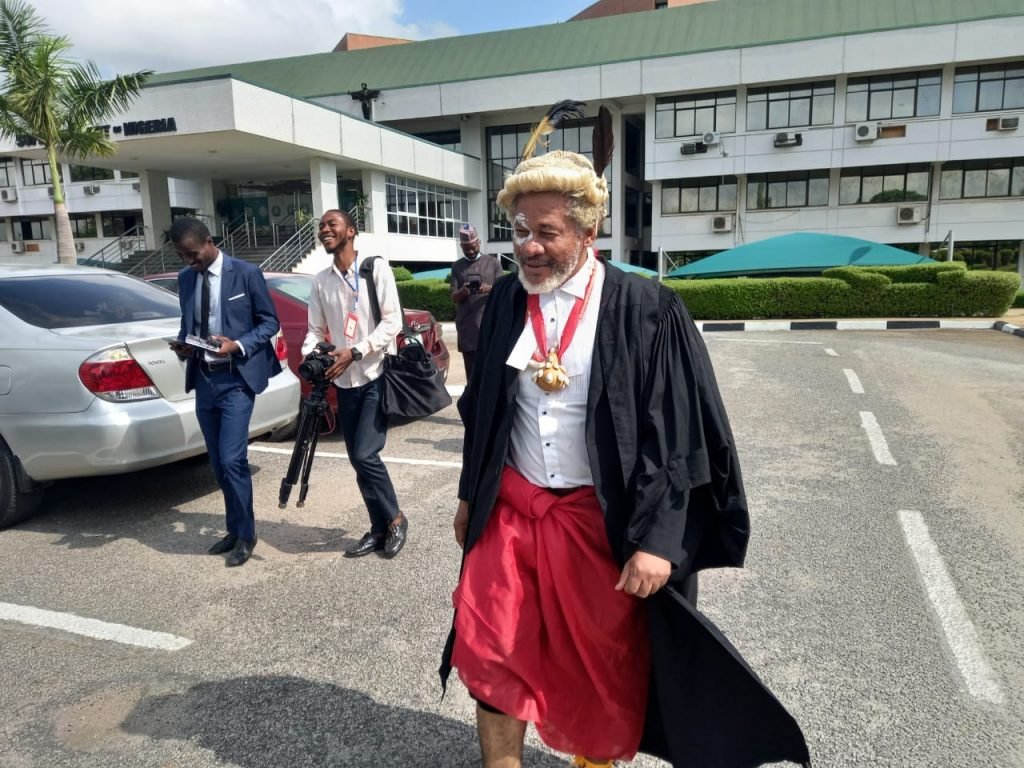 According to a report by Daily Post, it was pure drama that took place at the Supreme Court, Abuja, on Thursday after a Lagos-based human rights lawyer, Malcom Omoirhobo caused a stir in the courtroom when he appeared in the full traditional attire of an “Olokun priest” to attend court proceedings.

The lawyer said he dressed to court in that manner to exercise his fundamental human rights following the judgment of the Supreme Court that allowed all Nigerians to express their way of worship and the use of hijab in schools and public places.

It would be recalled that the Supreme Court had on Friday given approval to female Muslim students to wear hijab to school in Lagos State.

Five out of the seven members of the court’s panel which sat on the case ruled in favour of hijab while the two remaining members dissented.

The lawyer, who arrived at the court at about 9:05 am, created a scene in the courtroom when other lawyers who had been seated were taken by surprise to see him robed in traditional attire to look like an herbalist.

The lawyer who gained entry into the court was barefooted with feathers attached to his wig.

He was also wearing a gourd on his necklace with cowries and a red wrapper tied around his waist. 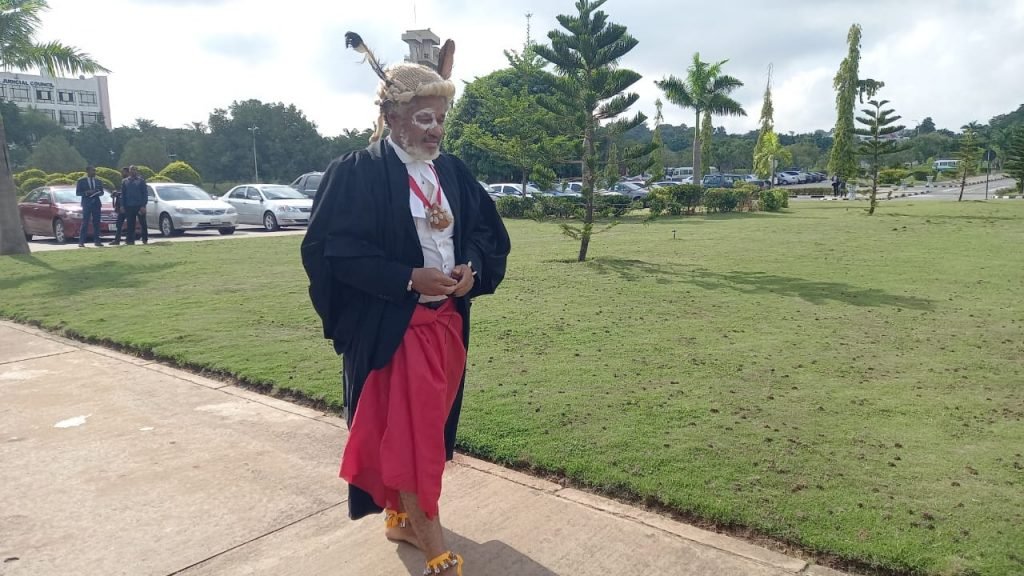 He dared the police officers and security guards who approached him to go out saying that he has the right to come to the court in his traditional regalia without any harassment in line with the judgment.

The court proceedings were abruptly stopped when the presiding justice suddenly announced that they would be going for a short break.

Though it could not be immediately ascertained what was responsible for the short break.

The situation attracted a large crowd who thronged the courtroom to catch a glimpse as people were seen using their mobile phones to take his pictures.

Malcom who addressed journalists said, “I am very grateful to the Supreme Court just last week Friday they made a very resounding decision that promotes Section 38 of the constitution. That is our right to freedom of thought, conscience, and religion. That we are free to express our way of worship in our schools and in our courts. That decision was reached on Friday and that has encouraged me.

“Because I am a traditionalist and this is the way I worship. Based on the decision of the Supreme Court this is how I will be dressing henceforth in court because I am a strong adherent to “Olokun” the god of rivers.”

Malcom said the implication of the judgement was that every Nigerian, including doctors, police, military students, and journalists, can now wear their mode of worship in public places.

He added that he was not against the judgement rather he was happy with the decision because it strengthened and enriched the rights of all Nigerians as stipulated in the 1999 Constitution of the Federal Republic of Nigeria as amended.