Akpan cried out during a media interaction with newsmen in Uyo about the injustice meted out to him. 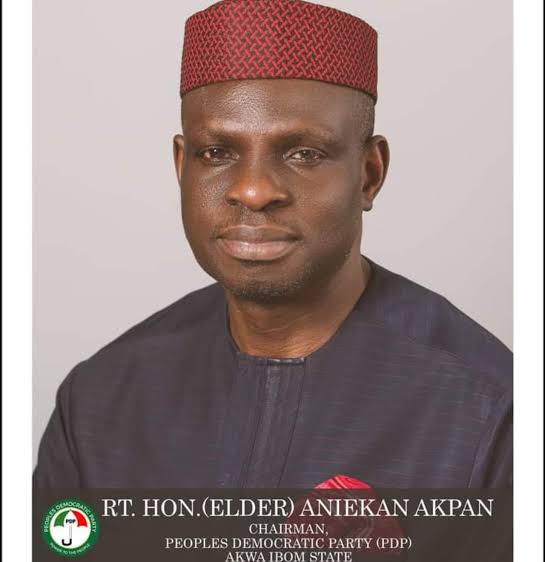 A former Peoples Democratic Party member who crossed over to the All Progressive Congress has lamented after winning the party's primary only to discover that his name has been substituted.
Hon. Aniekan Akpan had contested for the Eket Federal Constituency in AKwa Ibom state.
According to him, he scored 126 votes to emerge winner in Eket Federal Constituency in Akwa Ibom state.
Speaking during a media interaction with newsmen in Uyo on Sunday, Akpan said Mr Eseme Eyibio, who bought APC nomination form to contest for Eket Federal Constituency never participated in the primary held at Eket police station last month.
He explained that he was shocked by the rumours peddled by his opponent that he (Eseme Eyibio) had won the party ticket even when he never took part in the election.
Akpan, a former Chairman of Eket Local Government area on the platform of the Peoples Democratic Party (PDP), in AKwa-Ibom, stated that Eket Federal Constituency has four local governments comprising of Eket, Onna, Ibeno and Esit Eket council areas, with five delegates participating in the election.
He listed the party constitutional provisions for nominating APC candidates for elective positions to include: Direct, Indirect primaries and consensus method, adding that there was no provision for selection of candidates for election in the party, DailyTimes gathered.
He said Mr Eseme Eyibio, who was his opponent in the election never turned up even in the party office where election materials were moved to designated venue for voting.
He wondered how an aspirant who never take part in the primary suddenly became a winner
“But my opponent did not come to the party Secretariat where materials were entrusted to one Aniekan Archibong who was the Retuning Officer in the election.”
“Even at Eket police station where the voting took place , Eseme Eyibio was not there . I learnt he was busy supervising cooking of rice and ignored the voting exercise,” he said.
He therefore debunked rumours allegedly peddled by opponents that he ran away with the election materials.
“I know how party works as the former chairman of PDP . That was why I went to APC office in the morning to ensure that materials.”
Top Stories