Machina, who polled 289 votes in the election, was locked in a battle with President of the Senate, Ahmed Ibrahim Lawan. 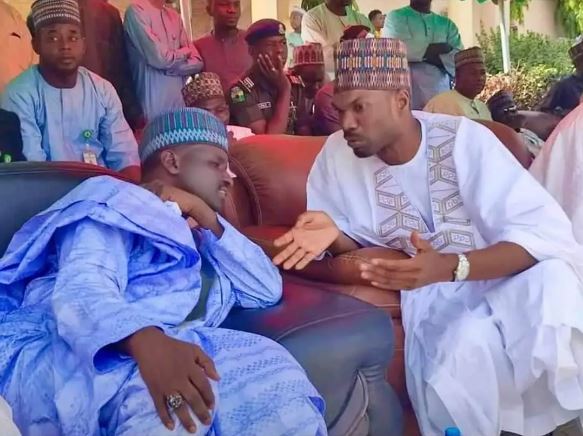 It now appears that the race for Yobe North All Progressives Congress (APC) Senatorial ticket took another twist on Friday as one of the aspirants, Abubakar Abubakar Jinjiri, challenged Bashir Sheriff Machina, winner of the ticket, in court, according to Daily Trust.

Machina, who polled 289 votes in the election, was locked in a battle with President of the Senate, Ahmed Ibrahim Lawan.

Lawan had lost in the party Presidential primary, but Machina refused to step down for him.

Daily Trust reports that the APC submitted Lawan’s name as the Yobe Senatorial Candidate for 2023, a development that forced Machina to seek legal redress.

Jinjiri was listed as one of the parties in the suit before Justice Fadima Murtala Aminu of the Federal High Court, Damaturu, Yobe capital, on Friday.

His counsel, Barr Usman Lukman Nuhu, told our reporter that his client is challenging Machina, both APC state and National headquarters as well as Independent Electoral Commission (INEC), over exclusion.

He said Jinjiri was deprived of participating in the Senatorial primary despite his presence at the venue.

“I believe you have the copy of the result sheets of the primary you could clearly see that my client name and the vote he got were not there,” he said.

He stated the exclusion of an aspirants contravened section (84) sub-section (3 and 4) of the electoral act.

Other seven cases emerging from the APC primary were also presented.