Chief David Obidike disclosed this during a tour of the affected areas while taking members of his executive and newsmen around the portions. 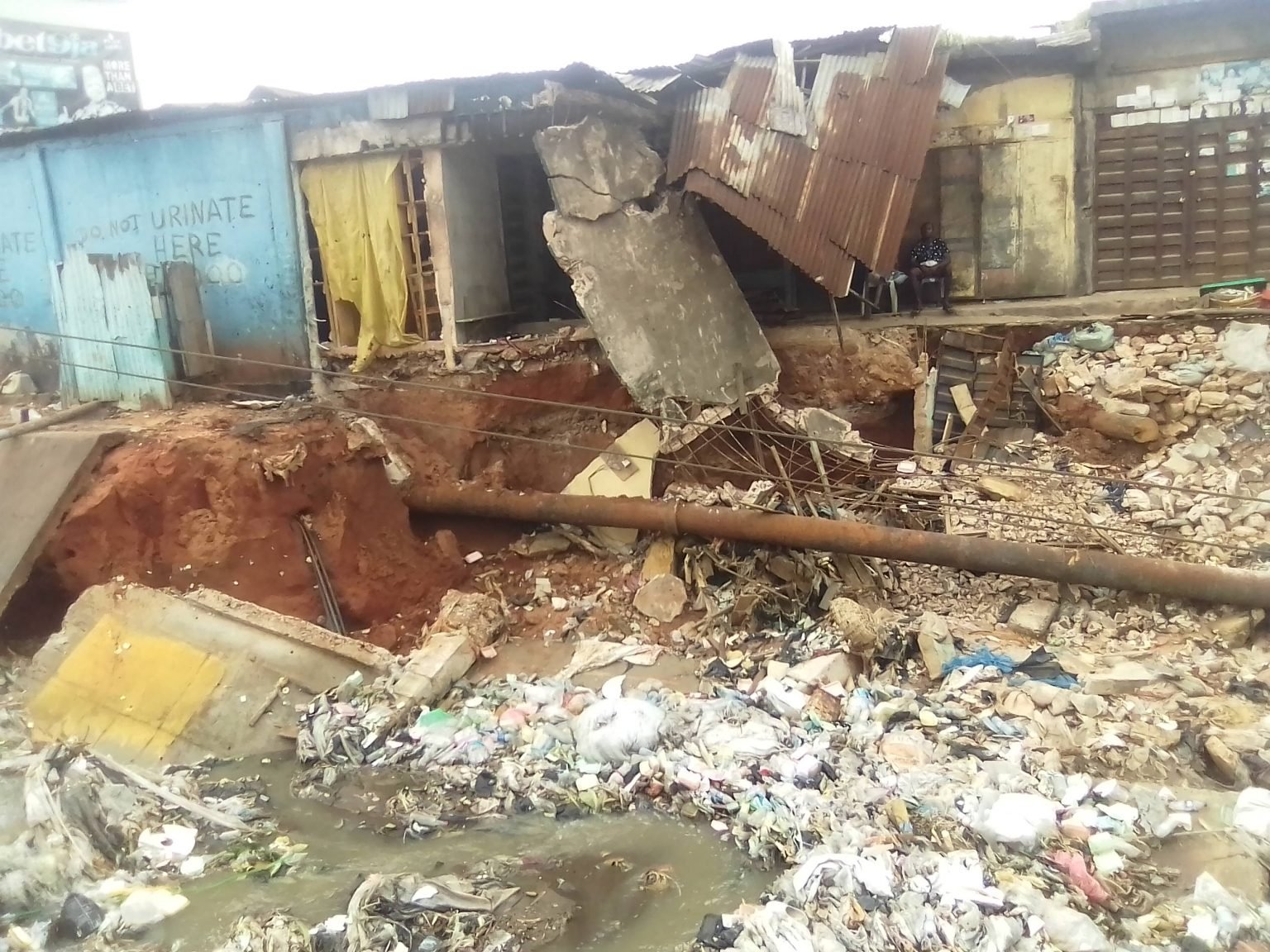 Daily Post reports that the traders in Relief Market in Ogbaru Local Government Area of Anambra State are counting their losses as flood, occasioned by heavy rainfall, washed away shops, electric poles, and cables in the market.

The leadership of the market said at least 30 shops were washed away by a submerging flood, including electric poles, underground cables, water borne pipes, among others after the flood hit the market on Friday.

Caretaker Committee Chairman of the market, Chief David Obidike, disclosed this during a tour of the affected areas while taking members of his executive and newsmen around the portions.

While briefing journalists on their travails, Obidike said: “On one of the nights a few days ago, the chief security officer of the market called me and told me that devastating flood from Awada Area, has carried the market as the flood entered under the Sakamori (drainage) system in the market and uprooted it, thereby wreaking havoc in the market.

“The damages were much, about 10 shops were washed away with the wares in them, the electric armoured cables, big water-borne pipe and telephone cables buried underground were all exhumed and damaged by the flood.

“As I talk now we have not gotten power supply for a month now since the rainy season started, and you can’t make a call, the market is in blackout and traders are using gen sets.

“Our market is now in danger because it is situated in the notorious Upper Iweka axis, these hoodlums can easily come into the market through the damaged portions caused by the erosion menace,” Obidike lamented.

He said the only saving grace of the traders from theft has been that it has a team of dedicated security men.

“I thank God that we have a watertight security outfit and since I assumed office as the chairman nobody has reported that his wares have been looted or stolen,” he said.

He pleaded with the Anambra Governor, Prof. Chukwuma Soludo; the Commissioner for Trade and Commerce, Hon. Obinna Ngonadi; the Federal Government and all the National Assembly members within the Ogbaru Federal Constituency to come to our rescue as the extent of damages done is beyond our financial capability.

“We are making this appeal because if the rain comes again more harm will be done to the market, let alone if the rainy season is over and nothing tangible was done,” he said.