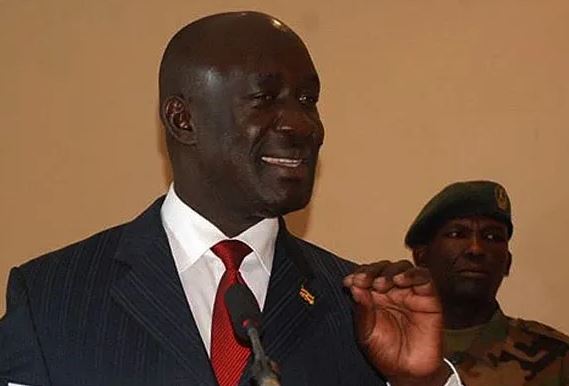 The police have arrested a 39-year-old man for allegedly slapping Uganda’s Minister of State for Works and Transport, Mr Musa Ecweru during Sunday mass at St. Michael Catholic Church in Wera Sub County in Amuria District.

It’s alleged that the minister who is also the Amuria County MP, was attending prayers at the church when Mr Michael Okurut, a resident of Wera attacked him.

The minister had reportedly gone to deliver a tractor handed to Wera Catholic Parish by Ministry of Agriculture.

Sources that witnessed the 11:30am incident said that Okurut quietly and meekly entered the church building and walked to the altar where he made the sign of the cross before he approached the unsuspecting minister who was busy giving a speech to the congregation and slapped him on the ear sending shockwaves into the congregation.

“He came quietly and even performed the sign of the cross. I thought he would locate himself a seat like other members of the congregation were doing but he instead walked to the minister and whispered something before he slapped the minister hard on the ear,” a source said and added.

“He attempted to slap the minister for the second time but he blocked his hand before his escorts who were waiting from outside rushed into the church and subdued him (Okuru).”

“A case of assault was opened at Wera Police station where statements were recorded and the suspect is detained as inquiries and investigation into the matter is expedited,” Mr Ageca said.