The lawyer, who later took over the case, identified as Matthew Osa-oghogho, also announced the release on Facebook. 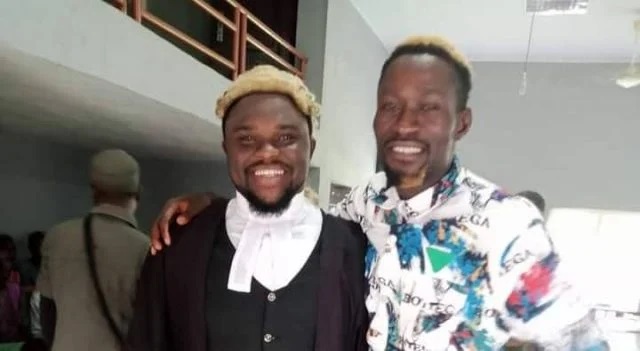 Edo-based comedian and vlogger, Chukwu Emeka has regained freedom.
Recall that he was earlier arrested by operatives of the Department of State Services on June 14.
His release was ordered by a High Court of justice, sitting in Benin, the Edo State capital after granting him bail.
The lawyer, who later took over the case, identified as Matthew Osa-oghogho, announced the release of the comedian, popular known as Broda Mike on his Facebook account.
“Today, the High Court of justice sitting in Benin released Comedian Emeka Chukwu Aka #BrotherMike to bail. He was arrested by the Department of State Services and accused of inciting the Public. The court agreed with our submission that the application for the remand of Mr. Chukwu is unmeritous and therefore admitted him to bail. We stand for justice always and at all times!” He posted, sharing a picture of himself and Broda Mike.
Details later…
Top Stories