It was gathered that Chinonso, an indigene of Okoko, in the Bende Local Government Area of Abia State, left home around 9am on Thursday, June 25, 2022. 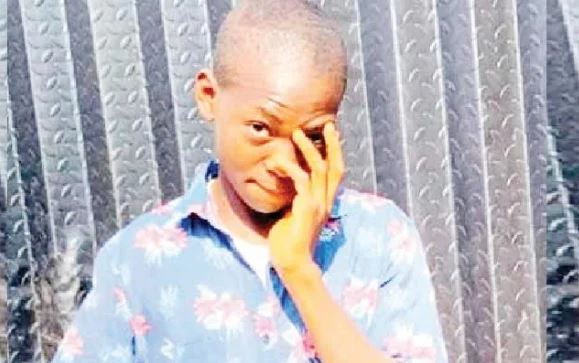 Chinonso Orji, a 17-year-old boy, has gone missing after leaving home for his place of work at Ogba, in the Ikeja area of Lagos State.

PUNCH Metro reports that Chinonso, an indigene of Okoko, in the Bende Local Government Area of Abia State, left home around 9am on Thursday, June 25, 2022.

His elder sister, Mercy, said he was last seen at a shop where he went to buy food.

She said, “He relocated to Lagos towards the end of February. I brought him here to learn clothing business in a boutique. He’s learning how to buy and sell wares at the boutique. He left the house around 9am on Thursday for the boutique. He was wearing a yellow shirt and jean trousers. He’s five feet and two inches tall.

“I reported the case at the Pen Cinema Police Station, Agege, where they promised us that announcements would be made on television and radio stations. Family members have also been asking questions and making calls. There was no strange behaviour from him and we do not suspect any foul play from anywhere.

“The last place we asked for him was where he used to eat and the food seller said she saw him when he came to buy food, but he could not wait because of the crowd at her shop.”

Mercy said the food vendor informed her that Chinonso was seen speaking with a group of yet-to-be-identified boys.

The state Police Public Relations Officer, SP Benjamin Hundeyin, said he was not aware of the case.