The protesters chanted the “Igini Must Go” slogan repeatedly and displayed placards of various inscriptions such as: “Igini is biased”, “Democracy is not for sale”, “INEC must act now”, “Akwa Ibom REC is compromised.” 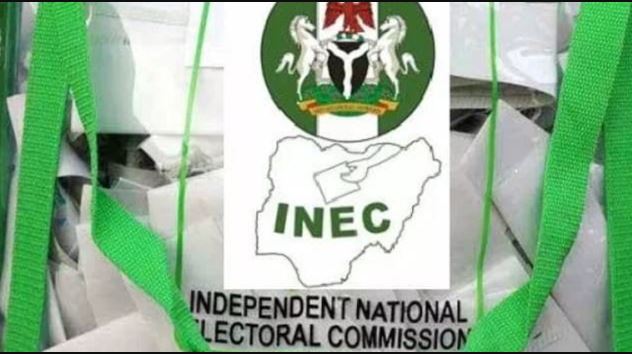 According to a report by The PUNCH, more than 1,000 youths under the aegis of the Coalition of Political Parties in Akwa Ibom State, on Wednesday, barricaded the Secretariat of the Independent National Electoral Commission in the state, demanding the immediate removal of the Resident Electoral Commissioner, Mike Igini.

The protesters chanted the “Igini Must Go” slogan repeatedly and displayed placards of various inscriptions such as: “Igini is biased”, “Democracy is not for sale”, “INEC must act now”, “Akwa Ibom REC is compromised.”

Others include: “Igini, don’t kill Akwa Ibom political parties”, “Igini is partisan”, “Igini is a factional Chairman of a party”, among several others.

Speaking while addressing the protesters, the leader of the group, Mr. Ubok-Obong Umoh, said the “personal vendetta” of Igini against the main opposition party in the state should be probed.

“This protest is carried out by all the youths in opposition political parties in Akwa Ibom State and the APC supporters are all here because it is the main opposition party in the state. We are protesting clear partisanship demonstrated by a supposed umpire, the Resident Electoral Commissioner, Barr. Mike Igini.

Between 2019 and now, Igini has demonstrated that he has no faith in Nigerian democracy and as a result, he is now playing the script of the Akwa Ibom State Government,” Umoh said.

He accused Igini of acting on the instructions of the PDP government in the state, adding that nothing the APC or any other opposition party did that was acceptable to him.

He added that Igini should be probed over the comments he made during an interview on one of the national television stations that “the APC in the state will not have any candidate for the 2023 elections.

“His statement is unacceptable, not just to members of the APC, but also to the generality of the peace-loving people of Akwa Ibom State.

“Opposition is meant for checks and balances in government so if Barr. Mike Igini who supposed to be an umpire feels that there should be no opposition in Akwa Ibom State, he should pack his belongings and leave,” he added.

Also, the state APC Youth Leader, Dr. Awak Clement, said Igini “(He) is not the only REC that Nigeria has,” but queried why he should single himself out to fight the APC in the state.

He alleged that Igini has openly declared war against the APC even before the primaries, adding that for peace to reign in the state, the REC should either resign or be outrightly sacked.

Clement appealed to the INEC headquarters to take swift action on the matter so that the peaceful protest does not turn into a disastrous one.

Responding, the Resident Electoral Commissioner, Mr Mike Igini, attributed the crisis leading to the protest to the APC.

Igini accused the party of forgery, saying the APC in the state forged letters that led to the swearing in of Stephen Ntukekpo as the Chairman of the party against a court judgment.

He insisted that INEC recognises Austin Ekanem as the authentic state Chairman of the party, not Stephen Ntukekpo.