If Jesus Came Into Our World Merely To Heal Sick People, Then He Failed Woefully - Fr Ugwu


He said the main message of Jesus at the time was Salvation and that all the miracles and healing performed by Jesus was to point people to salvation. 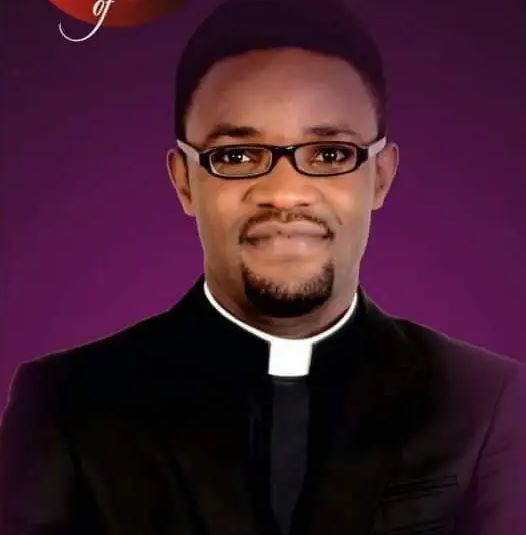 Malawi based Catholic priest, Fr. Kelvin Ugwu, has opined that if Jesus Christ came into the world merely to heal sick people, then he failed woefully.

In a post shared on his Facebook page, Ugwu faulted claims that Jesus came into the world to perform miracles and heal the sick. He stated that all those who were healed by Jesus fell sick again and that Lazarus who Jesus rose from the dead still ended up dying.

He argued that healings or miracles as we see them today were never the primary reason for the coming of Jesus into the world.

He said the main message of Jesus at the time was Salvation and that all the miracles and healing performed by Jesus was to point people to salvation.

''The hard truth that you may not want to hear is that if Jesus came into our world merely to heal sick people, then he failed woefully.

Even during his days, he did not heal all the sick people. He could have simply removed sickness, but he did not. And till tomorrow, we will still have sick people with us. And you reading this, you will also fall sick at one point in time.

Healings or miracles as we see them today were never his primary reason for coming into our world.

In fact, those he cured of different sicknesses and diseases, still fell sick and they still died.

Lazarus that he raised from the dead, still died.

Those of you that think the Christian message is all about miracles and healings, you have been deceived.

Those of you that run to churches because in their advert they drew wheelchair, women giving birth or carrying babies, and other things should know that church is not hospital. Even your so called minister claiming to be doing the healing has a private doctor. Go and check!

It is the economic situation of your country that is necessitating all those abuses. The day you will have good healthcare, you won't see any of those.

The central message of Christ is SALVATION. This is why, of all the miracles he did, the thief he promised paradise on the cross, will always stand out.'' 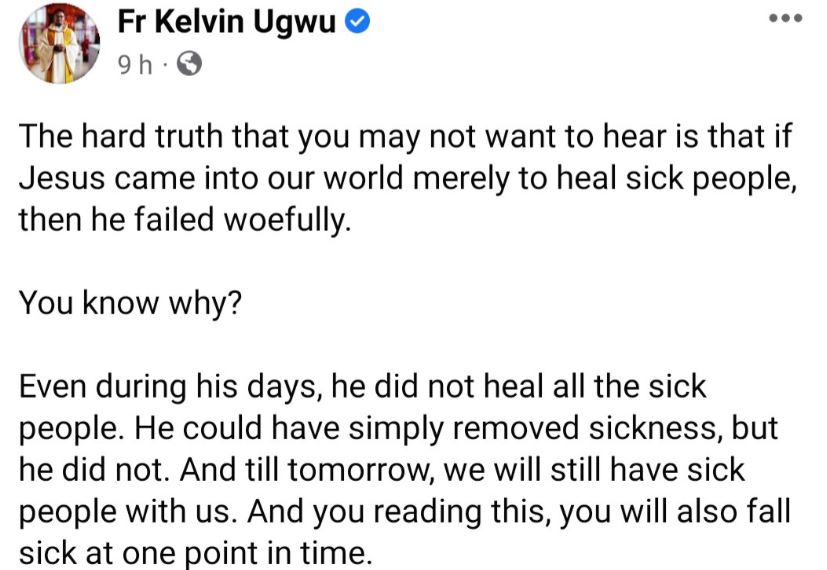