In a tweet he shared, Adejobi said the senior denied the junior police officers in his office. 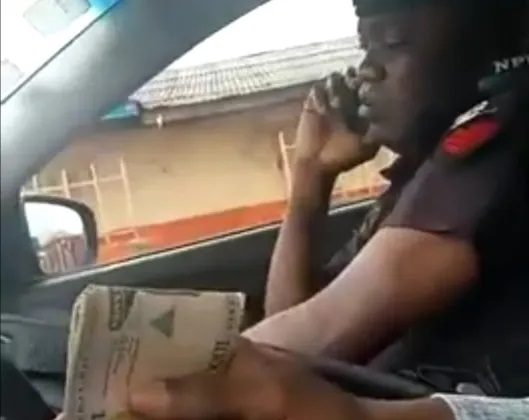 A dramatic incident has happened between a senior police officer and his subordinates.
The story was narrated by the spokesperson of the Nigerian Police Force, CSP Olumuyiwa Adejobi on Twitter.
In a tweet, Adejobi shared how the senior and junior police officers were summoned for collecting N200,000 from a Nigerian.
Adejobi then said he found it surprising to see the Senior officer deny his junior officer who claimed his boss benefitted from the money he extorted from the Nigerian.
He wrote in his tweets,
"A senior police officer who was [sic] summoned from Lagos State today denied his boy who was indicted for collecting 200k from a Nigerian, and the duo engaged in an argument in my office. Its a clear indication that even the officers who venture into bad conducts disagree and deny one another. It was a very funny scenario in my office today. The DSP who has confessed to the offence almost cried bc his oga who benefitted from the Extortion denied him. I laughed. We will always try to treat all cases with fairness. Ire oo." 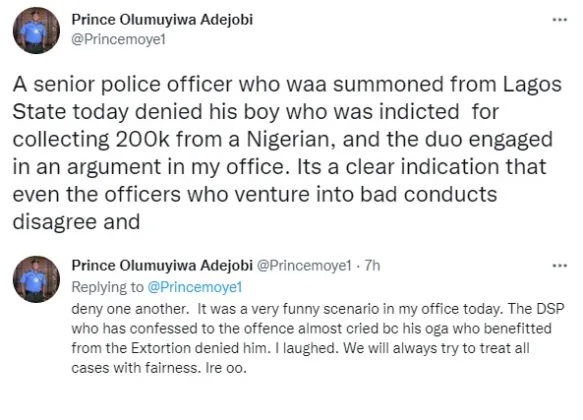