Moses helped the club to the Russian Cup last season to end a 19-year wait, after defeating Dinamo Moscow 2-1 in the final. 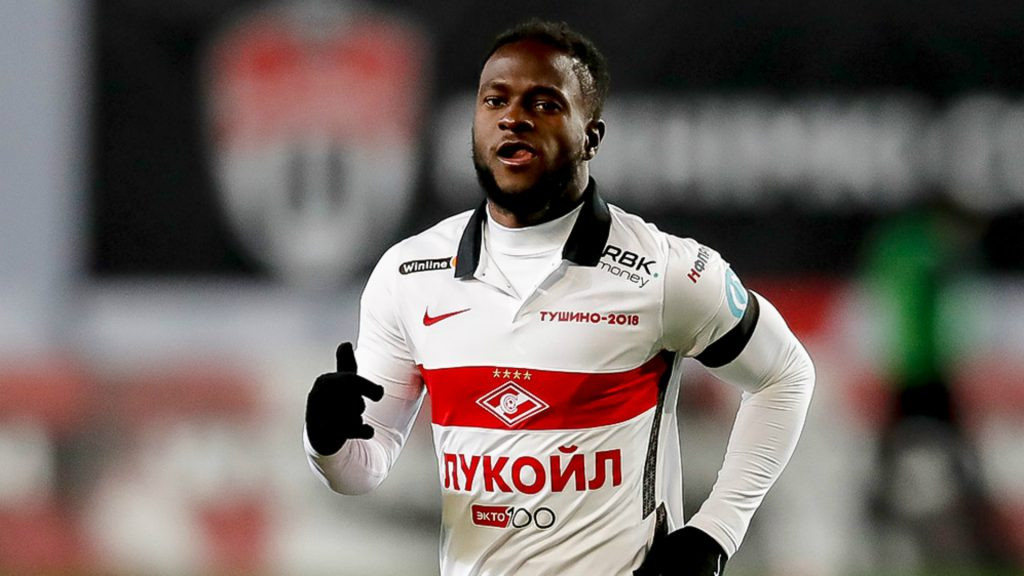 A Russian club, Spartak Moscow has raised alarm after Nigerian international, Victor Moses refused to report to the club in weeks.
The Former Super Eagles star was missing when the club held its open training session.
Moses has been missing from the club's activities for several weeks and on Thursday, June 30, the club held a training session without him in attendance.
Moses helped the club to the Russian Cup last season to end a 19-year wait, after defeating Dinamo Moscow 2-1 in the final at the Stadion Luzhniki in Moscow last month.
But he has not reported to the club and  the Russian team’s head of press service, Dmitry Zelenov says Spartak will soon announce a decision on Moses’ future.
“As for Moses, we still have nothing to add to what we have announced. I think news about Victor Moses will appear in the near future,” Zelenov told Championat.com.
Moses ended a nine-year association with Chelsea by joining Spartak Moscow on a permanent deal last summer.
Top Stories