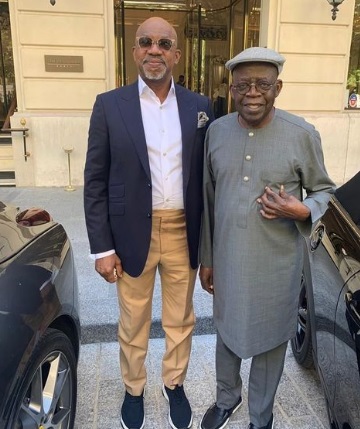 Ogun state governor, Dapo Abiodun has shared a photo posing with Bola Tinubu in France.
Tinubu is the presidential candidate of the All Progressives Congress.
Abiodun paid him a visit yesterday, July 4.
This comes weeks after both politicians had what has been described as a ''cold rift'' after Tinubu visited Ogun state and in his speech described the governor as ''Eleyi'' meaning ''this one'', a comment many described as condescending.
He posted the photo from his visit and wrote
''Spent quality time with our party leader and Presidential candidate, @officialasiwajubat to rub minds on numerous party and National issues."