Hussein Ejibunu said that 103 suspects were also arrested in connection with some of the seized goods during the period. 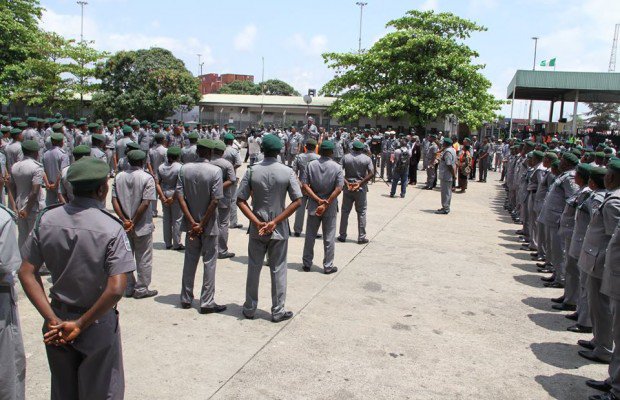 The Nigeria Customs Service has revealed the value of goods and contraband that were impounded in the fist half of the year.

According to Vanguard, the Federal Operations Unit, FOU, Zone A of the Nigeria Customs Service, NCS, has impounded 77 trailers of imported rice, Indian hemp, tramadol and other contraband goods with Duty Paid Value, DPV, of N7.1 billion in the first half of 2022, H1’22.

Disclosing this at a press briefing in Lagos Monday, the Customs Area Controller, CAC, of the Unit, Hussein Ejibunu, said that 103 suspects were also arrested in connection with some of the seized goods during the period.

He also said that the Unit collected a total of N577. 9 million as revenue derived from underpayments.

Other items according to him are: “65 units of used vehicles, 14,784 pieces of used tyres, 119 units of used motorcycles, and 3,659.05 kg of Indian hemp. The sum of N577.9 million was collected as revenue derived from underpayments.

Why Are Nigerian Musicians Making A Lot Of Money From Their Entertainment Industry More Than Musicians In Other African Countries?