Manchester United manager has unveiled his first signing since joining the club. 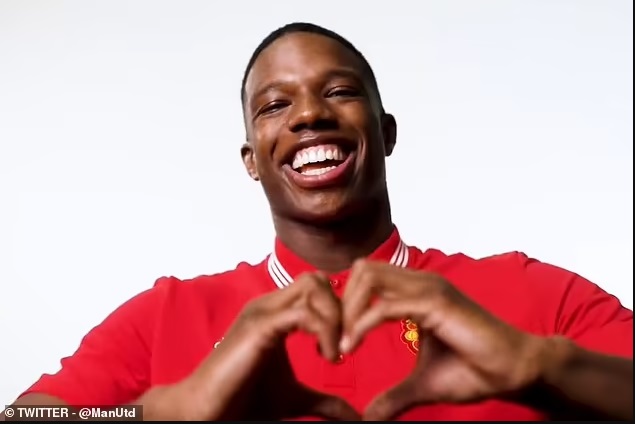 Manchester United has unveiled its first signing since new manager, Erik Ten Hag took over.
Tyrell Malacia has signed for the club after completing a transfer from Feyenoord.
The 22-year-old Holland left back has spent the last two days undergoing a medical at the club's Carrington training base, and United confirmed that he has signed a four-year deal worth £12.9million plus another £1.7m in add-ons.
A statement read: 'Manchester United is please to confirm that Tyrell Malacia has joined the club, signing a contract until June 2026 with the option to extend for a further year.'
Malacia is United's first recruit under Ten Hag and he will join in time to go on a pre-season tour of Thailand and Australia on Friday.
Malacia, who has made 136 appearances for Feyenoord and five for Holland, said: 'It's an incredible feeling to have joined Manchester United. This is a new chapter for me, a new league with new team-mates and a tremendous manager leading us.
'I know from playing against his teams in the Eredivisie, the qualities that he has and what he demands of his players.
'Whilst I know that I am still young and will continue to develop, I can promise the United fans that I will leave everything on the pitch every time I pull on the red shirt.
'I'll always be thankful to Feyenoord for all they have given to me and my family. None of this would be possible if it wasn't for them.
Now I'm ready to focus on the future with United, and help my new club achieve success.'
Speaking on the first recruit arriving, John Murtough, Manchester United football director, said: 'Tyrell is an exciting, dynamic young footballer with excellent experience for his age, including five seasons in the Eredivisie, a European final and full international honours for the Netherlands.
'We look forward to seeing him continue to develop under the guidance of Erik ten Hag and his coaching team in the years ahead.
'Everyone at Manchester United welcomes Tyrell to the club.' 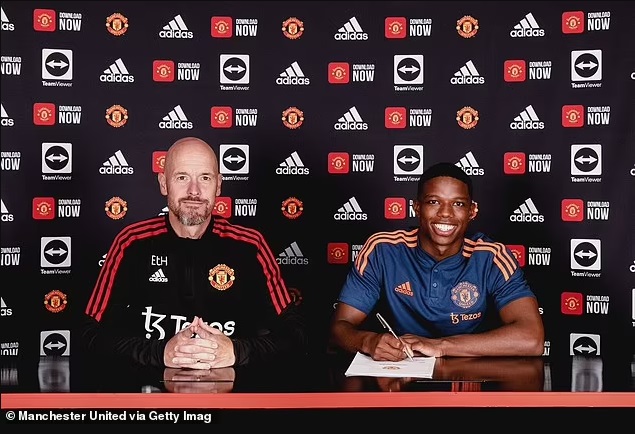