The group also added that if the government had invested in the country's health sector, there would not be any need for citizens to travel overseas to seek medical attention. 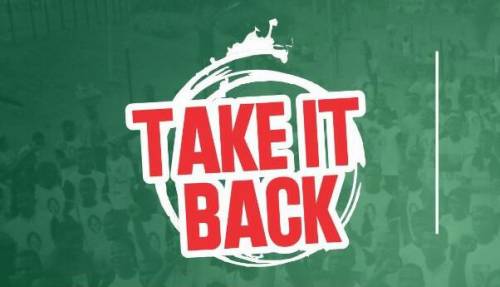 The Take-It-Back movement has weighed in on the widespread stories of organ harvesting.

The group said Nigerian citizens would not be thinking of selling their organs to make a living if their leaders had not misappropriated the national wealth of the country.

This group said this in a statement signed by the Global Director Mobilisation (TIB), Mr Gbola Owoborode, noting that Nigerian leaders have for decades siphoned all the resources that should serve the interests of every citizen.

The group also added that if the government had invested in the country's health sector, there would not be any need for citizens to travel overseas to seek medical attention.

The statement reads: "We at Take It Back UK (TIB UK) will not fold our hands and remain silent while those, who over the many decades have been entrusted to serve, have misappropriated the funds meant to maintain the basic Social Services for the Citizens.

"Our Ruining Classes have over the many decades, looted, diverted, stolen, pocketed, every resource that should be for the benefit of Citizens.

"In fact, the Citizens have been robbed of every basic service that a naturally well-resourced land, such as ours should have.

"If over the many decades the Ruining Class had invested a reasonable amount of the proceeds of our enormous natural resources, into the basic educational system, children would not be so poor and without hope, to even contemplate selling their organs for any amount of money, or for the promise of a better life abroad.

"As you may well be aware, a sitting senator (former deputy Senate President) and his wife are languishing in a London prison, charged with conspiracy to harvest the organs of a homeless Lagos teenager.

"Have the Ruining Classes’ contempt for the citizen really come to this?

"If over the many decades, our resources had been used to improve and maintain our health care system, a state hospital would be able to carry out the vast majority of operations on its Citizens.

"Instead, our land is now attracting the unfortunate tag of being the poverty capital, whilst enormous deposits of all the world’s most valuable natural resources are being extracted from our lands on a daily basis.

"The likes of Shell, Exxon and Mobil who have been in Nigeria for at least the last 50 years are very busy making billions for themselves and our greedy Ruining Classes, whilst the so-called, ‘free world’ casually turn a blind eye.

"We are totally disappointed and saddened that those that should condemn such odious Inhumane actions gather to show solidarity. Instead of hiding from the international shame, embarrassment and ridicule their fellow Ruining Class member has covered us all.”