Agboke also revealed that “INEC has phased out the use of Smart Card Readers and Incident forms.” 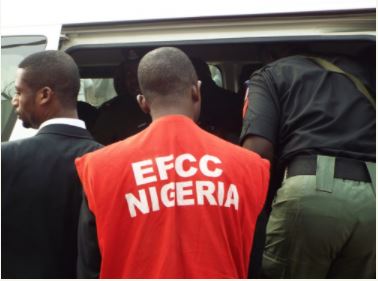 The Independent National Electoral Commission (INEC) has revealed it is making plans to curtail vote-buying during elections.
According to INEC, it is working with the Economic and Financial Crimes Commission (EFCC) to make sure it tackles the ugly trend.
Oyo state Resident Electoral Commissioner (REC), Barr Mutiu Agboke who admitted that vote-buying is major headache for INEC during a valedictory programme/media briefing yesterday in Ibadan, warned politicians to desist from the act in future elections, saying anyone arrested for buying votes during elections would be prosecuted.
Agboke promised that INEC will ensure transparent, credible, free and fair general elections in 2023. He also appealed to security agencies and the political class to continue to join hands with it to tackle the menace of vote-buying in the country.
Urging residents of the state to collect their Permanent Voters’ Cards (PVCs) which he said are key to the participation of any voter in the upcoming election, he noted that “the current voting system is such that without a PVC, no electorate shall be allowed to vote under any condition.”
Agboke also revealed that “INEC has phased out the use of Smart Card Readers and Incident forms.”
Top Stories