According to the workers, the management of Professor Yohanna Izam and the University Governing Council failed to show any serious commitment to addressing their grievances which include alleged discrimination. 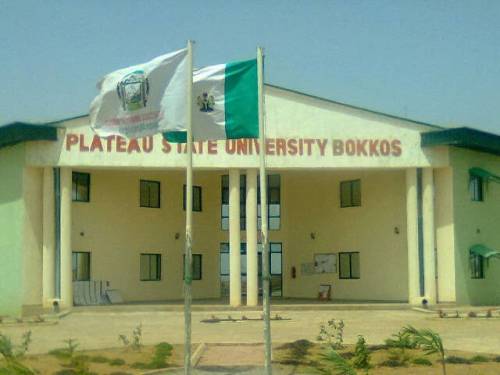 It appears that crisis is brewing in the Plateau State University.

This is because the Senior Staff Association of Nigerian Universities (SSANU), Plateau State University Chapter, has threatened that the crisis in the school will degenerate further if nothing is done about their plight

According to the workers, the management of Professor Yohanna Izam and the University Governing Council failed to show any serious commitment to addressing their grievances which include alleged discrimination.

Other issues are the implementation of Consolidated Tertiary Institutions Staff Salary (CONTISS) 15 salary grade in line with the CONTISS salary and implementation of 30 working days as annual leave, as against calendar days, as is the practice in the Nigerian university system.

But at its emergency executive meeting on Monday, the union lamented that the university management and the Plateau State government have grossly discriminated against its members and neglected them while favouring its sister union.

In a communique signed by the Chairman and the Secretary of the union, Timnan Rimdap and Fom Dakwak, SSANU said that while the state government recently released funds to the university for the payment of arrears of earned allowances, the management used the funds to settle the arrears owed only to members of a sister union, leaving its members with nothing while the Governing Council of the institution does nothing about it.

The communique made available to SaharaReporters reads, “The Plateau State University Branch of the Senior Staff Association of Nigerian Universities, (SSANU) at its emergency EXCO meeting which held in Jos, Plateau State, on Monday, 4th July 2022 deliberated extensively on the blatant discrimination meted out to its members by the Professor Yohanna Izam led Management and the PLASU Governing Council in the course of the ongoing internal industrial action.

“SSANU, at the end of its meeting, came out with far-reaching decisions which are products of its deliberation as follows:

“SSANU strongly condemns the fact that though its strike action has entered the 7th month, neither Management nor Governing Council has taken any serious step to address the issues in dispute. It also condemns the fact that a committee of Council (led by Hon. Samuel A. Parah) constituted since February (over 4 months ago) to resolve the issues in dispute has held numerous meetings with a sister union but has not held a single meeting with SSANU.

“SSANU strongly condemns the fact that funds recently released to the University by the Government for the payment of arrears of earned allowances were used in settling the arrears owed only to members of the sister union in question, leaving our members unpaid. This development has created a situation where the sister union has been paid eight (8) years of its arrears leaving a balance of one (1) year while our members, who work in the same University, have only been paid four (4) years leaving a balance of seven (7) years.

“SSANU notes with disappointment that this naked show of discrimination which is unprecedented in the history of tertiary education on the Plateau, represents a wide departure from the principles of good management of human resources and good leadership, for which Professor Izam is an advocate.

“SSANU is surprised that Governing Council can sit comfortably and maintain a clear conscience while such a high level of discrimination is happening right under its watch.

“SSANU strongly condemns the fact that apart from the discrimination meted out to its members in the uneven payment of arrears of earned allowances, the Management and Council of the University have gone a step further by refusing to mainstream hazard allowance into its members’ monthly salaries at the agreed rate of N30,000, even though the State Government released funds for same purpose since February 2021.

“SSANU notes with deep concern that numerous calls on the Governor Lalong administration, which prides itself on being labour-friendly, to intervene in the dispute, have fallen on deaf ears.

“SSANU wishes to state that the discrimination meted out to its members has generated high tension in the system and the union should not be held responsible should the current situation degenerate into further crisis.

“SSANU calls on the Governor of Plateau State, His Excellency, Rt. Hon. Barr. Simon Bako Lalong to call the Management and Governing Council of PLASU to order in order to bring an end to the discriminatory treatment meted out to its members.

“SSANU calls on the Governor Lalong administration to release the sum of N323 million to address the discriminatory payment of arrears of earned allowances done to its members. It also calls on the Governor to direct the Management and Governing Council of the University to mainstream hazard allowance into our member’s monthly salaries at the agreed rate of N30,000, for which the union has agitated and obtained cash backing from the Government since February 2021.”