In a funny video which has gone viral, the lady who could not contain her joy thanked the skit-maker and recorded herself with him. 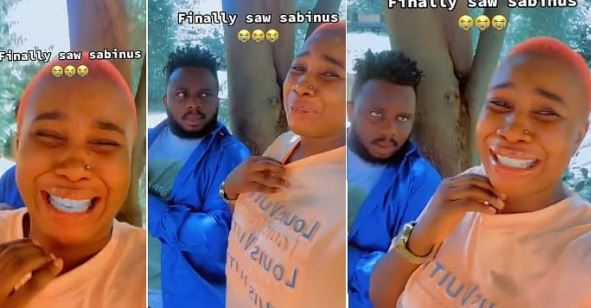 A female fan of skit maker, Sabinus could not contain her excitement after she met him.

In a viral video, the fan thanked the skit-maker and recorded herself with him.

What made the clip hilarious is the facial expression of Sabinus when she came really close and began to express excitement because she was seeing him in person.

The female fan known as Precious eventually broke down in tears and he began to look at her in a very confused manner.

The lady with TikTok username @preciousebina shared the video on the platform.