BREAKING: Odumeje To Pay For The Cost Of Demolishing His Church – Soludo Declares


Soludo said there were several notices sent to all house owners, whose houses were marked for demolition, and that they were all served notices, and asked to remove such structures within a timeframe. 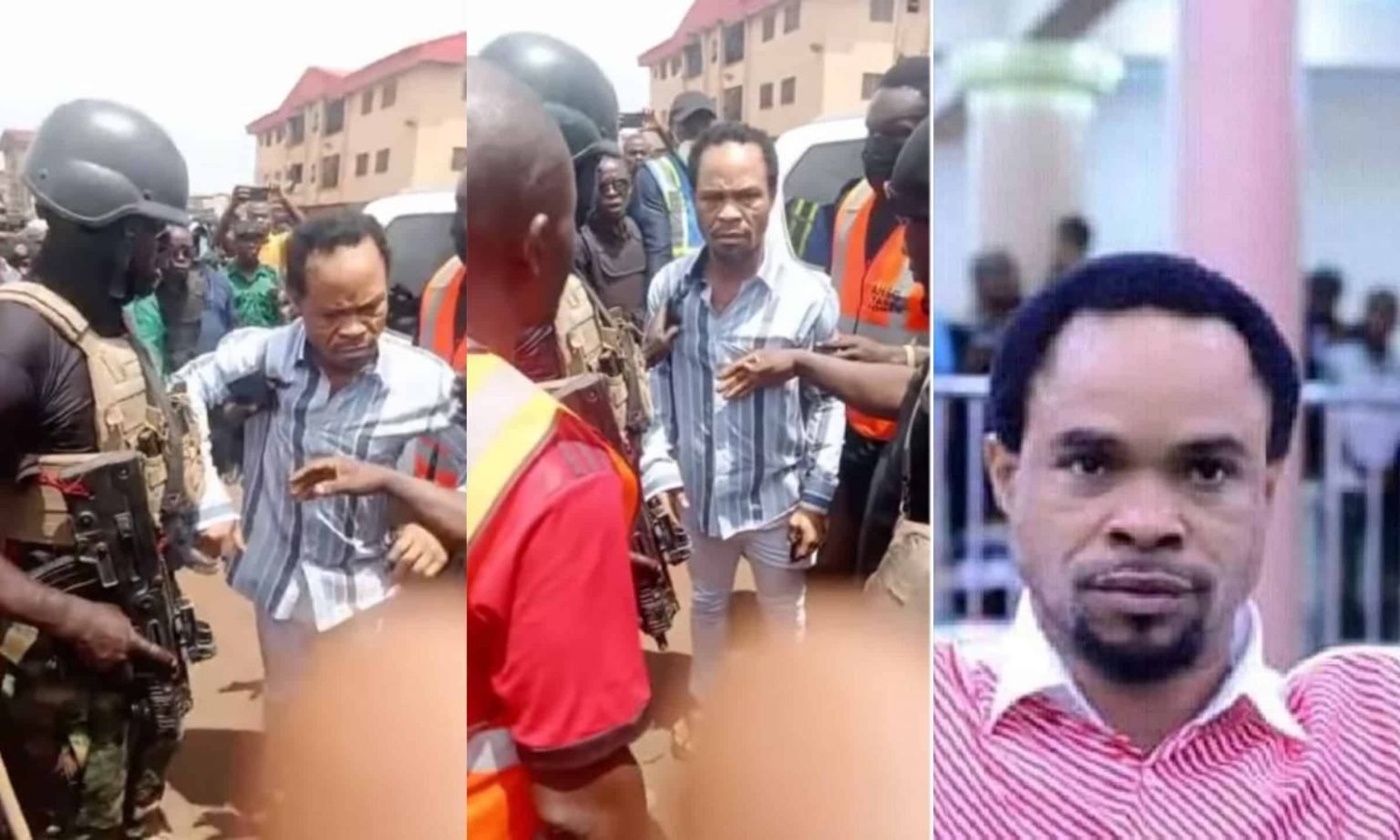 Prof Chukwuma Soludo, the Anambra State Governor, has said that Chukwuemeka Ohanaemere, the popular Nigerian pastor, who is also known as Odumeje, will pay for the cost of demolishing his church, Daily Post reports.

Soludo, who spoke on Friday night, said there were several notices sent to all house owners, whose houses were marked for demolition, and that they were all served notices, and asked to remove such structures within a timeframe.

Soludo also said that two parishes of the Catholic church were still waiting for demolition.

“It is costing us money. They had several notices to remove such structures, but they refused.

“The demolition started yesterday (Thursday), and so far so good. The demolition went well, except for Pastor Odumeje, who according to the report drove in, in a brazen manner and attempted to take over the equipment.

“Of course, state work must go on, and security had to stop him. This was a man who was in several meetings we had, and also spoke.

“In fact, this is costing us money, and the structures should have been removed before now, but they chose to test the resolve of the government.

“Once we are done with this exercise, we will compile the bills and send to the persons involved, and they must pay.”

He stated that the parish priest of Our Lady Queen Catholic Parish was around when the demolition team visited, and even cooperated, and also granted an interview.

He regretted that Pastor Odumeje took laws into his hands and attempted to stop the exercise.